Still with us - just* 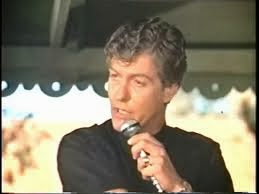 Mention the name Dick Van Dyke in conversation and the chances are you'll be on the receiving end of a 'Cor blimey, Mary Poppins' - mocking his woeful Cockney accent from the 1964 Disney staple. But Van Dyke was better than that. Four years later he was the eccentric inventor Caractacus Potts in the enchanting screen adaptation of Ian Fleming's Chitty Chitty Bang Bang. A film in which, strangely, Lionel Jeffries, born the year after Van Dyke, played his father. The movie spawned many musical hits including the title song and this, the truly scrumptious Hushabye Mountain.

In the 1960s Van Dyke cleaned up on American TV with the Dick Van Dyke Show and later in the 1970s with, that's right, The New Dick Van Dyke Show. The programme(s) won more Emmys than was decent and in 2002 was voted # 13 in The Top 50 TV Shows of All Time. In the 1990s he returned to the small screen as Dr. Mark Sloan in Diagnosis Murder. Van Dyke played a Consultant come sleuth at Community General Hospital where week after week somebody would meet a sticky end; despite the high death toll the writers would always shoehorn a song and dance routine into the show, thus reaffirming its cosy crime status.

Recently married to a woman forty six years his junior, Van Dyke refuses to retire - he continues to sing with his own a cappella group The Vantastix and is still a regular on the US chat show circuit.

* Van Dyke, now 88, has over the years battled with alcohol addiction and an undisclosed neurological condition but, in August last year, found himself in what could easily have been an episode from Diagnosis Murder: his car burst into flames by the side of a Los Angeles freeway. In true Hollywood style the whole drama was filmed by an onlooker.