Where have all the good times gone?

BBC 4 are showing a delightful documentary next week to mark the the 40th Anniversary of the 1971 Glastonbury Fayre. The trailer I saw was where they'd managed to find the first couple who came through the gates. Dave and Megs had only just met earlier that day at Blue Boar Services on the M1 and had hitched a lift in the back of a long wheel based Ford transit van to Pilton in Somerset. They'd both left behind partners who had no interest in music (or indeed free love) so they, independently, set out from their Midlands homes to the motorway and stuck their thumbs out.

Megs, meanwhile, was busy decorating the hippy contingent with body paint. And it was while she was painting Dave's naked torso in the shadow of the Pyramid Stage on the Saturday afternoon that he proposed to her. Within the hour a local vicar had been summoned and David Bowie cut short his set to be the best man.

Fast forward forty years and Dave & Megs have just celebrated their Ruby wedding anniversary. Amongst the guests who attended their lavish party at Henley-on-Thames Rowing Club was, yes, you've guessed it, David Bowie.


David Bowie - Where Have All the Good Times Gone? 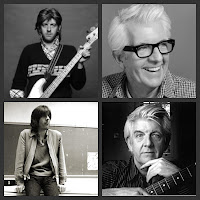 It's the little things in life; I've just received an email telling me that if I pre-order Nick Lowe's new album, The Old Magic (out 13 September on yepROC), I'll receive a free Nick Lowe deck of cards. Yay, yay and thrice yay! 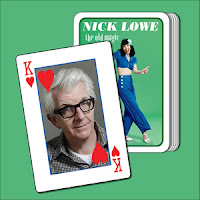 Here at Medd Towers, we have a soft spot for the one they call Basher. We've been lucky to see him a number of times: his capital gigs - at The Jazz Cafe, Queen Elizabeth Hall and Her Majesty's Theatre - are shows that stay fresh in the mind some 10+ years later.

I once interviewed him for a feature I was writing for Record Collector magazine. The interview was set up by another legend, Jake Riviera, and when we spoke on the telephone we ended up chatting for nearly an hour. From pub rock and punk to alt country and beyond, Mr Lowe has indeed got the tee shirt.

Tony Bennett aside, you'll be hard pushed to find another artist who just keeps on getting better despite the advancement of years. Is there anyone else still cutting a rug, and on an upward trajectory, in their dotage? Answers on a postcard to the usual address.

Game of cards, anyone? 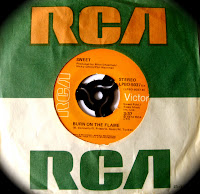 Oh I do like to be beside the B-side

Over on S6 Radio tonight, Piley and Mondo will be bringing you another Sesame slice of peerless platters brought to you by the letter B. From what I can gather, Baby You're A Rich Man (originally) by The Beatles is getting an airing.

The original didn't get much of a look in back in the day; that's because it was a B-side. The A-side being All You Need Is Love (you may have heard of it).

So, let's hear it for B-sides. The tunes that don't get on the radio. The songs that bands often think aren't strong enough to stand on their own two feet and, by inference, don't make the cut when the album comes out; though Oasis did buck the trend in the mid 90s. How else could Queen's Roger 'I'm just the drummer' Taylor have amassed such a personal fortune if he hadn't persuaded the suits at EMI to put his, rather lame, I'm In Love With My Car on the B-side of multi-million selling BoRhap?

However, one of my favourite bands took B-sides very seriously. The Sweet's only shop window to show the world that they were serious musos and not just a bubblegum boy band (there's three more Bs!), was the B-side - it's where they put all their 'heavy stuff.' The darker side, if you will, to the manufactured Chinnichap choons (Need A Lot Of Lovin', Burning, Someone Else Will to name but three). So here's one of my all time favourites. And besides, any excuse to shoehorn The Sweet into my blog can only be a good thing. Can't it?

The cat in the hat 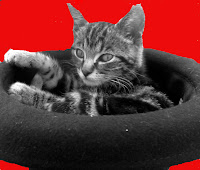 Jingo
My good friend Sarah has recently acquired a new kitten and a bowler hat. So I suppose the above photo has a certain inevitability about it.

I like a bowler, don't you? From Mr Benn and The Homepride Men to A Clockwork Orange and John Cleese's Ministry of Silly Walks, the bowler has been the titfer of choice throughout the ages for the great and the good. Here's a quartet who need no introduction... 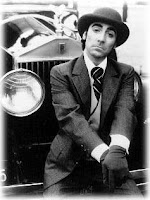 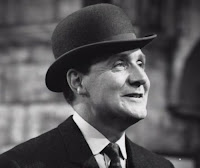 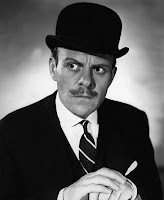 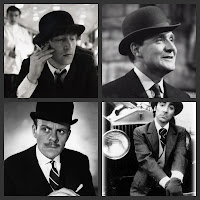 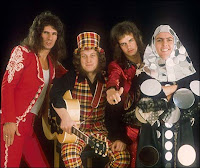 Slade (l-r) Don, Nod, Jim and a BacoFoil Nun
Andy Kershaw's been through the wringer of late. I'm looking forward to reading his cathartic No Off Button. Never one to pull his punches (even Peely gets a kicking, apparently), I love his take on music: 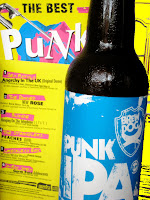 What a picture, what a photograph
I recently entered the BrewDog 2011 Photography Competition; I don't suppose I'll win, but, as you can see from the picture above, it combines two passions of mine. If you took either one away my life would not be complete. Don't get me wrong, I subscribe to the school of good food and good company - but, when push comes to shove, beer and music clock in at 1st and 2nd when it comes to the essentials of life; it's a good day's ride with fresh horses before you come to 3rd. 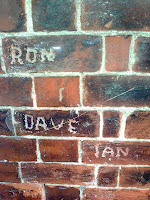 Twin brothers Ronald and Ian Courtenay and their best friend David Finney were inseparable. They were born in the same street in Stradhoughton, went to the same school and, as kids, knocked around the same youth clubs and street corners. As young men their Friday night chat up lines delivered at The Roxy were legendary, so girlfriends were never in short supply.

They even joined The Regiment on the same day. Separated from their family for the first time, the three Privates found themselves a long way from home and fighting for reasons they didn't fully understand. Long letters and postcards to loved ones revealed their innermost thoughts and in one particular letter from David to his mother he told of his feeling of isolation: 'At least Ron and Ian have each other but I feel lost out here. I want to come home.'

David never made it home. He was killed in action; a fierce battle saw him and eight of his mates gunned down in their prime. The eldest was 21, David was two weeks shy of his 20th birthday.

Ronald and Ian came back after three years changed men; as did many of their comrades. Until they left England for a life in Australia, they tended David's grave every week. And now, on the other side of the world, surrounded by children and grandchildren, on the anniversary of his death, they raise a glass to David and toast absent friends.