The story of Jimmy McCulloch is not an epic tome; more a slim novella. Born in 1953 in Clydebank he picked up a guitar at 11 wanting desperately to emulate his hero, Hank Marvin. By 1969, aged just 16, he was on Top of the Pops playing with Thunderclap Newman on their #1 single Something in the Air; he hadn't even started shaving.

And although he's probably best known for his tenure with Wings (1974-78), this is were he was at just before Macca signed him up. I'd like to think it wasn't just his silky skills on the fretboard that McCartney took a shine to, but his rather fetching gansey.

Jimmy's guitar sound defined mid-period Wings - he was all over Venus & Mars - but like many of McCartney's hired hands he would only ever be a sideshow to the ex-Beatle. His one composition for the band, Medicine Jar, was a live favourite - even making it onto the triple album extravaganza that was Wings Over America.

Wings - Medicine Jar (1976)
Quite ironic, Medicine Jar was an anti-drug song: just a couple of years later McCulloch was found dead at his London flat - cause of death morphine and alcohol poisoning. He was just 26; like I said, McCulloch's life was sadly not a long one.
Jimmy McCulloch (1953-1979)
Posted by John Medd on Saturday, May 15, 2021 7 comments:
Labels: 1973, Jimmy McCulloch, Macca, Medicine Jar, Wings

Fit for a King 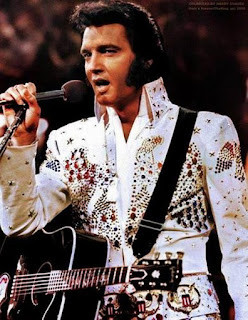 Elvis had many looks - thin Elvis, fat Elvis, army Elvis. But when you think of early 70s Elvis - the Vegas Years - you picture him in your mind's eye in that iconic white jumpsuit (with the collar turned up. Natch). A sartorial nightmare in the wrong hands, you would have thought: why, who else would be crazy enough to walk down the street in 1972 wearing a heavily sequinned all-in-one jacket/trouser combo verging on the utterly ridiculous; your chances of being run out of town on a rail would, on a scale of 98 to 100, be, well, pushing 100.
Unless, that is, you were the Osmonds. Ever wondered how many white jumpsuits you could fit on a stage at any one time? Five, seemingly. Sometimes six, though long haired (underage) lovers from Liverpool don't really count.
...
When the insanely talented brothers released Crazy Horses, their fifth long player, this was, for my money, the best song on the album. And, as I found out only recently, the intro is the perfect soundtrack to brush your teeth to. I kid you not.
The Osmonds - Hold Her Tight (1972)
Posted by John Medd on Sunday, May 09, 2021 8 comments:
Labels: 1972, Elvis Presley, The Osmonds 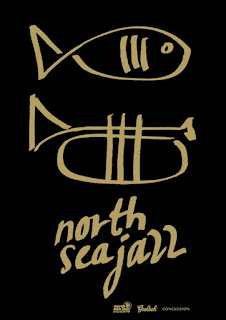 It's 20 years since I first visited Amsterdam. I was going to the North Sea Jazz Festival in The Hague with a few days bookended either side in the capital. My friend Barry and I wanted to go to Europe so we blindly stuck a pin in the map. To cut a long story short (oh, Spandau) I was lucky to come back in one piece. It's an experience that is etched indelibly on my brain; if you ever catch me in an unguarded moment and ask me what happened in Holland I may just tell you. Or I might just act dumb and talk about jazz. Or bikes.

Moving swiftly on. One of the hotels we stopped in had a brilliant bar and was always playing great tunes (once back in Blighty I burned them a couple of CDs; I hope the jiffy bag I bunged in the post with a ton of stamps on it reached its destination). It's where I first heard this: