I’ve never been good with anniversaries - just ask the current Mrs. Medd. And here’s another one I should have flagged up earlier this month. March 17, 1979, was the day that guitarist, founder member of The Count Bishops, and all round good guy, Zenon de Fleur bowed out at the age of just 28.

A week earlier Zen (born Zen Hierowski) had been traveling home late after playing a gig at London’s Nashville when he crashed his car. Despite the severity of his accident he was taken off the critical list at Middlesex Hospital only to die of a heart attack days later, after experiencing breathing difficulties.

Zenon de Fleur was the force behind The Count Bishops (they would later drop the Count) whose impact outlived mid 70s pub rock and livened up the then emerging London punk scene. Putting together a band with two Aussies (Dave Tice on vocals and Paul Balbi, drums) an Irishman (Pat McMullen on bass) and an American lead guitarist, Johnny Guitar, they were driven by Zen’s relentless rhythm guitar. After a well received EP, Spaceball, the band recorded Train Train, their first single, with Zen taking the vocal.
As was de rigueur in ’77, all releases of note were on the thriving indie labels and The Count Bishops were no exception. Chiswick Records took care of their barnstorming first album, which opened with this clarion call: it took a while to sink in that it had been written ten years earlier by Ray Davies.

The Count Bishops: I Need You


A live album followed which all but captured the ‘being there’ factor and their third album Cross Cuts had just been recorded days before Zen’s untimely end. The Bishops struggled to carry on without him. They weren’t the only ones. 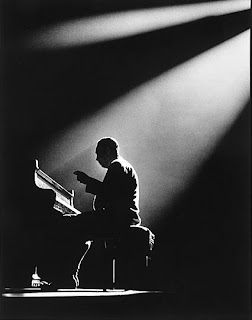 On 30 September 1947, in his Hollywood recording studios, Duke Ellington and his band (which at the time included jazz luminaries Billy Strayhorn, Johnny Hodges and Oscar Pettiford) knocked out a track which must be a record (no pun intended).

With the help of vocalist Ray Nance, Ellington recorded a tune with, surely, one of the longest words in the Oxford English Dictionary:

You're Just An Old Antidisestablishmentarianismist

Music wise (and pretty much everything else wise) in these post modern times, it's not a hanging offence to admit to having a soft spot for Abba. Or Billy Joel. Or even The Carpenters. That's because the battle lines of the 70s and 80s have become muddied since we all went digital. It's OK to have a guilty pleasure - you can sleep safely in your bed at night knowing that when you wake up in the morning your house hasn't been daubed with anti Barry Manilow graffiti. Your iPod may well house some of the coolest tunes on the block but next to Madness and Magazine may well be some vintage Marmalade or Mary Hopkin. But who's bothered? Nobody died.

So why then do ELO always come in for a kicking? Livin' Thing may well have been voted the nation's favourite guilty pleasure single (followed by Boston's More Than A Feeling, if memory serves) but, if you've a hankering for symphonic strings and spaceships, then you'd best keep your head down; just in case the vigilantes find out where you live.

And you can't help feeling sorry for Jeff Lynne - he did have friends in high places: Lennon once said that if The Beatles hadn't split they'd probably have turned into ELO. Changing man Paul Weller must have remembered them from his youth when he nicked the 10538 Overture riff. A couple more that spring to mind: Karl Wallinger's World Party became identikit ELO for Put The Message In The Box and Neil Hannon (one half of the might fine Duckworth Lewis Method) paid his dues when The Divine Comedy recorded Come Home Billy Bird.

Speaking of The Duckworth Lewis Method, their other half - Pugwash front man Thomas Walsh, has paid Lynne and ELO their biggest compliment to date. Have a listen to the sumptuous Nice To Be Nice. 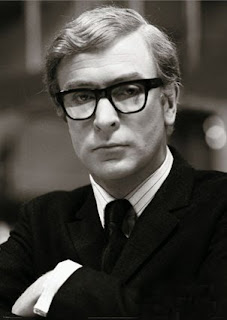 It started when I couldn't read CD liner notes; I know a lot of people don't care who played bass on track 3 or where the album was mixed. But I do. So I was asking friends in the room to read them to me. Then it was menus. If the joint didn't have a photo of the dish (think greasy spoon or cheap and cheerful Indian) I was buggered. And then it was reading, watching TV and now driving: all activities I could do quite well, thank you, without the aid of bins. Now I carry them around permanently (when I'm not wearing them, that is) to the point of now needing 'looking for glasses' glasses when I mislay them.

So this afternoon when I came back from the Optician after being told my peepers had got worse, not better, since my last sight test, I'm seriously thinking of hanging them on a chain around my neck.

This is a beautiful short film by New York artist Danny Gregory who sums up in three minutes what it's like to be visually challenged.

I was only joking about the chain. 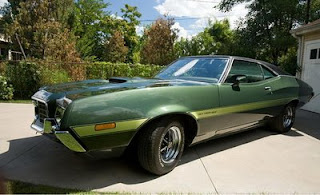 We Brits aren't very good at name checking our towns in popular music, unlike our American cousins; look at a map of the USA and it's littered with song references: New York, Phoenix, Tulsa, Witchita, Alabama. And we're just as shy at promoting our car heritage: OK, Tom Robinson regaled us back in 1978 with tales of his Grey Cortina and John Shuttleworth (who was Jilted John in a former life) got plenty of mileage out of his Austin Ambassador (Y Reg).

But for it to work, you have to be singing about automobles - just ask Chuck Berry. Great big shiny, in your face, gas guzzlers: Springsteen opted for a Pink Cadillac and for Prince it was a Little Red Corvette. But when it comes to truly iconic vehicles you could do a lot worse than Wilson Pickett's Mustang Sally. The Mustang has become synonymous with Steve McQueen and Bullitt and therefore can do no wrong. But it wasn't the only behemoth the Ford Motor Company built in the 60s and 70s.

In 1968 Ford replaced the Fairlane with the new kid on the block, the Ford Torino. With radical coke bottle styling and a distinctive grille it became a best seller. Named after the city of Turin (the Italian Detroit of the time) it defined America. And with the top of the range model, the Gran Torino, they produced a vehicle that despite being out of production since 1976, remains every petrol head's muscle car of choice.

Although it was used in the Starsky and Hutch TV series (Ford were quick to jump on the bandwagon at the time and produced 1000 replica Soul machines), it has now taken on a new lease of life thanks to Clint Eastwood: his 2008 movie Gran Torino, with a stunning soundtrack by Jamie Cullum, has ensured its legacy lives on. Click on the link for my interview with Jamie Cullum from last December when I asked him how he got the Clint Eastwood gig. 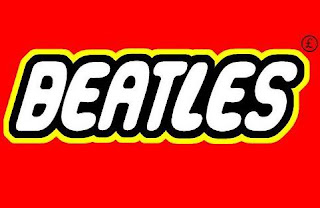 In Legoland The Beatles have never split up. In Legoland John and Paul are still the best of friends wondering which album cover to parody next. In Legoland John doesn't get gunned down by a crazy stalker and Ringo has never heard of Thomas The Tank Engine. Lego Paul never recorded Mull Of Kintyre, nor did he marry a deranged Lego limpet called Heather. 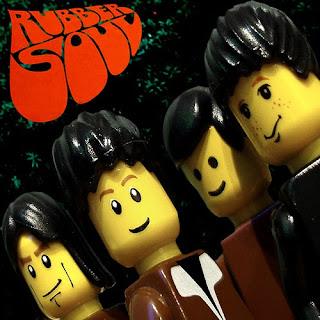 I wonder if easyJet fly to Legoland? I think I'd like to take up residency there.

Oh, but hang on a minute. If The Beatles never split up, then who's this bunch of Lego scallies? 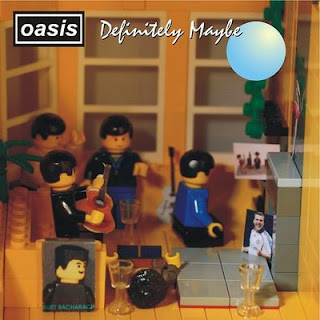 Not content with ripping off the real Fab 4, Lego Noel has only gone and nicked the whole idea and put his own name to it. It appears nothing is sacred. Not even in Legoland.
Posted by John Medd on Monday, March 08, 2010 2 comments:
Labels: beatles lego, lego, legoland, Noel Gallagher, Oasis, Rubber Soul, The Beatles

Just filed this gig review for tomorrow's Nottingham Evening Post. I grabbed a quick word with young Macca afterwards and got one of his 'people' to get a snap of us together. I don't think either of us are Vogue material.