Jet goes down over Edinburgh

In December 1973, at the height of Glam Rock, five mildly camp bruisers from Edinburgh, going under the ill-advised moniker Iron Virgin, decided to record a version of Jet from Paul McCartney's recently released Band on the Run album. So far, so glamtastic. They released it in the February of 1974 on the Deram label and, remarkably, it began to gain a bit of traction. Kenny Everett loved it - he was playing it every day on his Capital Radio breakfast show. It looked like our Scottish glamsters had got a hit on their hands.

WOAH! Not so fast there. It was precisely at this point that Sir Macca decided to release his version as a single. Fair do's - he'd written it. But, whether or not his people did or didn't speak to the suits at Deram is still a debate that rages north of the border. What isn't in dispute, however, is that it left Iron Virgin's version dead in the water. It was never heard of again (a bit like the band). It had ceased to be, it had gone to meet its maker etc. etc.

A few years ago The Scotsman ran a non-story, in the way that local and regional papers specialise in, about the band. And I swear this is a direct quote from Simple Minds' former manager Bruce Findlay: 'There were dozens of of good Scottish bands at that time who didn't have any chart success but could sell out a pretty big venue. But I can't remember Iron Virgin at all.'
Posted by John Medd on Saturday, January 30, 2016 No comments:
Labels: Iron Virgin, Jet, Macca

We're having a shindig tomorrow. We don't throw parties very often, so I'm really looking forward to dressing up, splashing some Brut 33 on and playing mein host for the night. It'll be perfect, I know. Well, almost; despite there being some very special people on the guest list (and there are, believe me), one person who I really wanted to be there there sadly can't make it. He rang me today from the bed he's not shifted from in the last seven days: the quack's ruled him out of action and told him he's going nowhere for the foreseeable. Get well soon Steve - I need you up here. 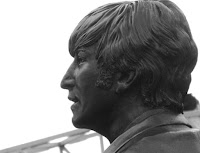 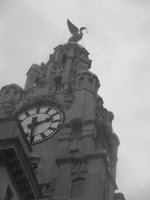 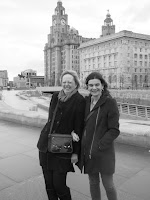 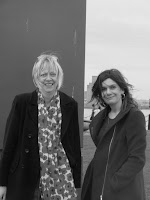 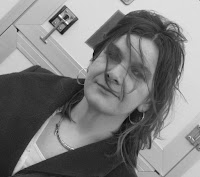 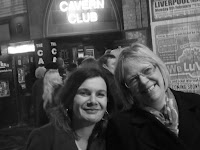 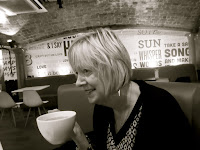 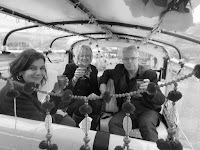 Penguins on the motorway

I dread to think how many million miles I've driven since I passed my test on that blisteringly hot afternoon in June, 1979; or how many years I've lost, spent behind the wheel. However, as we all know, driving is a necessary evil - made (marginally) less mind numbing/more comfortable in recent times with the advent of a few 21st Century luxuries: seat warmers, Sat-Nav, cruise control and being able to listen to podcasts (aka mile munchers).

But nothing has brought me more motoring pleasure - in a very long time - than when I overtook the Penguin lorry on the way to Oxford the other morning. It's the little things in life.

Mark has just come back Memphis. He paid his respects to Elvis. He also came back with his 1973 Gold Omega digital wristwatch. And his autograph. And Priscilla's autograph. He even picked up a limited edition replica of a guitar that Elvis played, as a present for his daughter. It goes without saying that Mark spent some serious money on these auction items. I like fans. I hope Mark's bank manager does too.

I'm booked in at the barbers on Saturday morning. I know, having one's hair cut is hardly hold the front page material; but, trust me, having my Barnet trimmed is a mere sideshow. I can't begin to tell you the sheer unadulterated pleasure I get from the scalp massage that comes with the hair wash, pre and post-cut, from my ever so slightly crazy Thai hairdresser.

I've read that the feelings derived from a head massage are up there with falling in love and holding your baby. Yep, I'll go along with that. I'm so utterly relaxed I practically fall asleep when I'm lying back in the chair thinking of, well, everything and nothing all at the same time. And I get fresh coffee too. And change from twenty English pounds. What's not to like?

Coming soon in my 'Should get out more' series: just how pleasurable is an eye test?

David Bowie's fear of flying was well documented. He was convinced if he ever got on a plane he would die. Bowie's lifelong patronage of liners and bullet trains meant that when he toured the world he actually saw the world. Albeit with a lot of sea thrown in for good measure. During his 1972 tour of North America he amassed a staggering 15,000 train miles in 83 days. Forget blue plaques and commemorative statues; they should name a locomotive after him.

You can't step into the same river twice

I was driving home on Thursday afternoon after a meeting in Bath. As I was approaching Nottingham a little voice in my head said: 'If you still lived here you'd be home now.' But I don't. However, even though I haven't lived there for over five years, the voice comes back to me most times I pass Junction 24 of the M1. And so begins a further two hours behind the wheel.

Of course, if I ever did return, the place I'd be going back to would not be the same place I left behind in 2010. And neither am I the same person. The recent recordings I'd made with The Number One Son which I was listening to as I was breezing through the East Midlands that afternoon would definitely not have happened if I'd stayed put. The friends we were meeting at the weekend would be blissfully unaware that I existed if I'd not upped sticks. The events of the last five years have had a profound effect on me in more ways than I can begin to describe here. Moving away from a place I'd lived for well over half my adult life was a leap of faith. And even though I have a love hate relationship with my new billet, I'm painfully aware that me being here is something that had to happen. How long I'll stay here is anyone's guess. Then again, like the majority of the population, my predicting the future skills are almost non existent. Thankfully.
Posted by John Medd on Sunday, January 10, 2016 No comments:
Labels: Heraclitus, Nottingham

'In the back of the taxi, you squeeze my hand so tightly'

The first line of a song, any song, sets the scene: it's got to pull you in. In the words of Mick (and Keef) 'Please allow me to introduce myself, I'm a man of wealth and taste.' An opening line that begins the story, makes you lean in closer and never stops cascading. I don't professes to be anything other than someone who dabbles with songwriting, but even I know that your first half dozen or so words is the one chance you get to make a first impression. The line at the top of this post opens my new three (nearly four) minute ditty, Days Like This. I'll get a demo put up just as soon as I've recorded it.

Phil Oakey knows a thing or two about opening gambits: 'You were working as a waitress in a cocktail bar when I met you.' It does its job doesn't it? Who could turn the radio off when they've just heard that declaration?

John Lennon, in true heart on sleeve style, once said 'When I was younger so much younger than today, I never needed anybody's help in any way.' Not even Paul's. Or Yoko's come to that.

But my favourite has got to be one of Ray Davies' many brilliant starters for ten: 'I met her in a club down in old Soho where they drink champagne that tastes just like cherry cola.'

The last time I saw Richard... 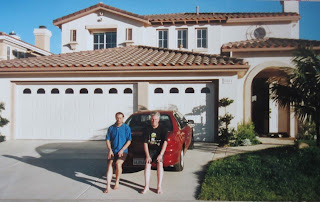 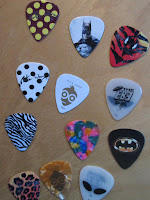 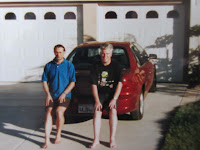 ...was in San Diego in 2000. But I did speak to him, long distance, on the phone yesterday. Riggsby never forgets my birthday - and sure enough a card c/w an envelope full of guitar picks landed on my door mat yesterday lunchtime.  I waited a few hours for the right timezone and called him just as he was preparing his lunch. I invited Richard to our anniversary shindig later in the month & he invited us to come over and see him in the summer. By the time we put the phone down we'd ruled out the former, but not the latter.

Don't Let it Be in Anger 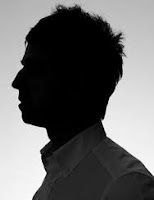 I listened recently to an interview with Noel Gallagher on Radio 4's Mastertapes where John Wilson quizzed the Oasis songwriter about his constant lifting of Beatles chords and motifs. 'Guilty as charged' he (all but) said. He added: 'though people must think I walk around the house all day singing Yellow Submarine wearing my Sgt. Pepper suit.' There's no shame in that Noel.

Before I kickstart 2016 properly, I'm returning to an old chestnut of mine, the mash-up. And, in particular, The Beatles mash-up. I only post the ones that make me smile - they're usually the ones that *work*. I think this one works.