What about the Diddy Men?

I woke up this morning to see Ray Davies' mug staring back at me from the telly. 'Christ, not another one!' I bellowed. Turns out Raymond Douglas Davies is very much alive - fit as a butcher's dog in fact. No, the reason he's on the news is because Her Majesty has given him a New Year's shiny thing: a trinket for services to Waterloo, or somesuch. Which is all well and good, fair play to the lad, but what about our kid? 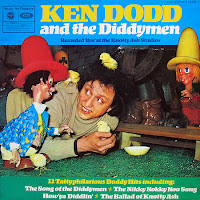 Without Dave Davies there would be no Kinks (it was Dave's band, let's not forget), no Ray Davies the songwriter, no Knighthood. Someone needs to have a word with Queenie. You can't do one without the other. It'd be like honouring Ken Dodd but forgetting the Diddy Men - the young lads who did all the spade work and made him so tattyphilarious; it couldn't happen.
Posted by John Medd on Saturday, December 31, 2016 1 comment:
Labels: Dave Davies, Ken Dodd, ray davies, The Kinks 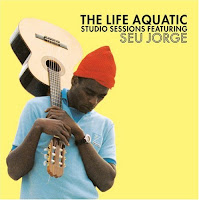 It was my birthday today. And I've had a great day. James and Janneke made it special. Janneke showed me how to make a Gibson. And an Espresso Martini. And she's going to knit me a bespoke scarf. James on the other hand is taking his old man to the Royal Albert Hall next year to see Seu Jorge perform The Life Equatic live.

2017 will be a year of changes. And lots of them. Some bigger than others, but changes nonetheless.

You don't often see Paul Weller drop his guard; but when he fluffs the intro to English Rose in the clip below, Weller actually breaks into a grin; there never were such times.

When he first put Rose on The Jam's All Mod Cons album he never even credited it on the sleeve; such was his aversion to (at that time) writing tender love songs. Also, back in 1978, Weller didn't know what dyed in the wool Jam fans would make of anything that didn't come thundering out of the speakers like a tube train emerging from a deafening tunnel.

He needn't have worried.

Blinded When I Met You 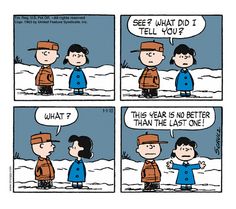 By now the eagled eyed among you will have spotted that I haven't yet compiled a single 'Best Of' list for the year just gone. And nor will I be doing. That said, I've been absolutely staggered this year by the quality and sheer brilliance of new material by my peers at the two Songwriters Circles I frequent. Songs by local writers & performers such as Martin Heaton, David Swann, Matt Beer, Rowena Simpson and Peter Lister would not be out of place in anyone's Top 10, least of all mine.

And a special mention must go to Paul Lewis. I've mentioned on here before that, not only is he the most consistently brilliant writer, but also the most prolific - if York had a Brill Building, Paul would definitely live there. I know I'm not alone when I say I love this song:


Paul Lewis: Blinded When I Met You 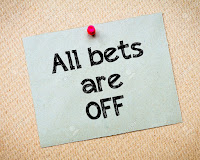 In the pub this evening reminiscing about the year gone by. 2016 has had its fair shares of ups and downs, and then some.

People have left our lives. And people have entered. Where will we all be this time next year? Only a fool would bet on the outcome of that particular brain teaser.
Posted by John Medd on Friday, December 23, 2016 3 comments:
Labels: Fool, There's no fool like an old fool, Tom Petty

"Here's the thing, none of us get out of life alive. So be gallant, be great, be gracious and be grateful for the opportunities that you have." (Jake Bailey)

Take that mantra into 2017 and you won't go far wrong.
Posted by John Medd on Thursday, December 22, 2016 No comments:
Labels: Jake Bailey

Last night at our Songwriters Circle I was privileged to sit next to Peter Lister when he played This House. I just about kept it together, but lost it at the end. He sent me the Soundcloud link to it today and I listened to it again; only this time I didn't make it to the end.

Where the buses *do* run

One of the many reasons I'm moving back to the city (and there are many, believe me) is the myriad of public transport options that will be available and all the spin-offs these links offer. Living in a town with no taxis, buses less frequent than the daily stagecoach and trains still powered by steam has worn me down more than I can tell you.

Black cabs, mini cabs, trams and trains will join up my life and give me that feeling, once again, of being connected. I've spent so long off the grid - if I stay here much longer I fear I may end up pointing at aeroplanes. And I haven't even mentioned the buses. And buses that run after dark - that'll be a novelty: the last bus round here leaves before the Six O'Clock News. Talking about night buses, here's a book I found today - Nick Turpin's On the Night Bus is a stunning collection of nocturnal photographs taken over the last four London winters of, you've guessed it, passengers on night buses.

In the words of Rod Stewart: Every picture tells a story. Don't it? 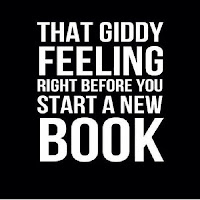 Going on holiday earlier this year didn't do it. And nor does the imminent prospect of Christmas. But the feeling you get just before you start a new book. That's giddy.
Posted by John Medd on Tuesday, December 13, 2016 1 comment:
Labels: Giddy

Who said you can't judge a book by its cover? I beg to differ. And this racy piece of pulp fiction from 1957 had not one but two strap lines plastered all over it:

'A Lusty Novel Of Wilderness Passion And A Wife Too Naughty To Be True!'

I'd say that was quite steamy for its time.
Posted by John Medd on Saturday, December 10, 2016 No comments:
Labels: Wanton


Christmas is once again fast approaching and, this year, you know what, I think it's gonna pass me by. I'm not 'doing' it this year; enough already. And it's not been the best of years*, let's not roll it in glitter. So, a fake tree, a pint on Christmas morning and a turkey curry at some point in the afternoon - job done. I have, however, asked Santa for one small gift: In Sunlight Or In Shadow is a selection of short stories inspired by the paintings of Edward Hopper. Lee Child, one of my favourite authors**, has contributed The Truth About What Happened based on Hopper's Hotel Lobby. Written from the perspective of the 'invisible' fourth person in the painting (the hotel clerk at the back on the far right that nobody sees), it's the one thing I'm genuinely looking forward to this December 25th.

With a bit of luck and a following wind, Christmas festivities will resume in 2017.

* Though 2016 has not been without its high points.
** I devour his Jack Reacher novels mercilessly. 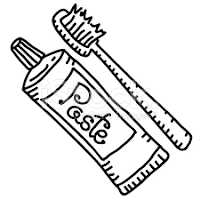 Justin Currie calls Nothing Ever Happens by Del Amitri his list song. That's not a bad thing. I love a list song - Come Together, California Girls, Route 66. There are hundreds of them out there. There is, I'm sure, a list of all the list songs somewhere in the cyber world. Gotta be.


However, as good as the songs I've mentioned above are, and as good as the countless others that I've not listed are, they are all eclipsed by this divine offering written by Chris Difford and Glenn Tilbrook.