I don't need a reason why

Billy Gibbons may well be able to play the guitar better than me. He may even be able to grow a mightier beard than me.

However, I wouldn't fancy his chances if we went head to head chowing down a bowl of Heinz tomato soup. 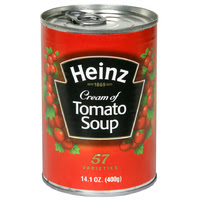 When we first took the Number One Son across the pond to New York City we did all the usual touristy stuff - Times Square, Central Park, the Chrysler Building, Empire State, Greenwich Village and, of course, Liberty Island.

As a Beatles nut (like his old man), James was keen to recreate John Lennon's iconic photo shoot in front of the Statue of Liberty. Who was I to deny him?

Wig or no wig. Beard or no beard. You'd pick him out in an ID parade, wouldn't you?

Having said that, this geezer might have you fooled:

A father and a son

The Number One Son has not long left after spending a brilliant weekend with us. He's so together. And grounded; far more so than me when I was his age.
As a father of some twenty six years standing I sort of know how this parenting thing works now. You do everything in your power to keep them on the rails, point them in the right direction and pray they grow up to be safe and happy. And they, for the most part, let you do all that whilst, at the same time, gently mocking you.


Loudon Wainwright - A Father and a Son 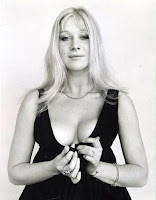 On the eve of Good Friday 1930, anyone tuning in to the BBC to listen to the news would have been greeted with the briefest of brief announcements: 'There is no news today.' Piano music followed.

When a fellow blogger found himself with precious little to say recently, he simply posted a photograph of Joan Collins taken c.1960 about to go snorkelling in a yellow swimsuit. 'No caption required' would have been the caption, had he assigned it one.

Likewise today: it's all quiet on the Western, so please enjoy nothing more taxing than a library photo of Helen Mirren - back when she still turned heads.
Posted by John Medd on Friday, August 19, 2016 2 comments:
Labels: BBC, Helen Mirren, Joan Collins 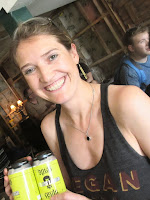 You have to be very careful when photographing other people's tattoos. Long lenses are fine if your subject is on the other side of the street; but if you're standing within touching distance of your quarry then usually it's the tried and tested method that works best: 'Excuse me, but I couldn't help noticing...'

The lovely Harriet, it transpires, had never had a tattoo done before her beloved Persian cat passed away. Harriet gave me the green light to take her photograph, but not before she got her phone out and showed me a delightful snap of Hermes.
Posted by John Medd on Sunday, August 14, 2016 No comments:
Labels: Brass Castle, Harriet

Can we still be friends?

For anyone not familiar with Daryl's House, Daryl Hall gets out his little black book, picks up the phone and asks his musical mates to come round to his and play a few tunes in the den. A couple of microphones are set up, a rudimentary camera and before you know it they're making sweet sweet music. Here's what happened when Todd Rundgren swung by, guitar in hand, and rang the front door bell.

English pubs may well be closing at a rate of 20+ a week but, in all fairness, a lot of those falling by the wayside had probably outstayed their welcome anyway. That's not to say that a few babies haven't been thrown away with the beer slops, but, if you don't use them, you'll lose them. Nothing's so sure.

Here are ten that I've used on numerous occasions over the last few years (with a couple of exceptions) and each and every one has a certain quality that makes a return trip a necessity, not an option. That they all sell sensational beers is a given. No, what makes these establishments the real deal often won't get mentioned in beer guides and bucket lists of hipster bars you must visit before you die.

Without further ado then, here are, in no particular order, my ten favourite pubs/bars in the UK (well, nine, actually - the tenth being an honorary English pub which sneaks under the wire, in what I will have to refer to as the Overseas Section).

And, so that you know, this is not a forum for gushing five hundred word critiques. I will endeavour to sum up each hostelry in no more than a couple of sentences.

The Number One Son lives in Manchester and, for me, going in this cracking little boozer on Deansgate is synonymous with seeing James. Added to which they've got a splendid Ramones tour flyer on the wall, and their fish finger sandwiches are to die for.

It's no secret that my former business partner and I named our company after George Harrison. So it was hardly a coincidence that when we were working (or playing) in London we sought out this hidden little gem tucked away behind the Grays Inn Road. And we still go back to this day.


* The Lamb and Flag, Worcester 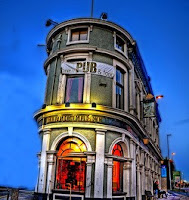 This is now the only pub on the British mainland where I'll drink Guinness. The snug at the back is like stepping back in time, and, I'm told, Robert Plant has been known to slide in for a dust cutter.

There are two pubs on this list that I've only been to the once and this is the first one. This beautiful little drinking establishment is home to the Wapping Brewey. And they hold an annual sea shanty festival - but don't let that put you off! We're trying to schedule a return visit later in the year.

If you're a shrinking violet or you're seeking anonymity in a backstreet boozer, this little drinking den in the old own probably isn't for you. You sit cheek by jowl with fellow patrons so getting embroiled in a lively discussion is as natural as walking up to the bar to get the next round.

In my humble opinion this diamond in the rough - Lurgan is not a pretty town - would not be everyone's cup of Nambarrie.  But, if you can, prise yourself away from Belfast, take the (not so fast) train twenty miles into Co. Armagh, disgorge at Lurgan, make your way to Reids and get Raymond Murray to stand you a pint of Smithwicks. Tell him I sent you.

Or to give it its full moniker - The Crown Liquor Saloon. When the IRA were blowing up the Europa Hotel for fun back in the seventies, The Crown, which stands directly opposite, never had so much as a cracked window pane. And what (stained) window panes they are. It's owned by the National Trust these days a so that makes it a real treasure, indeed. You'll find me in the third booth from the front door. 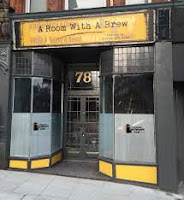 * Room With a Brew, Nottingham

Nottingham's newest addition to the micro pub scene and one that we only discovered for the first time a couple of weeks ago. The beers, from Scribbler's Brewery, are all literary themed and the walls are adorned with images of Penguin paperbacks. We went in for one and came out four hours later - says it all really.

Leeds may or may not want to be part of the Northern Powerhouse. What it really wants is more pubs like the Adelphi. Again, when James was billeted in Leeds for eighteen months I would often meet him in him here for a couple after work; so a sentimental choice maybe, but you'll struggle to find a better pint of Leeds Pale in the city.

A pretentious choice, I grant you, but if I lived in Manhattan I'd probably make it my local. Dylan Thomas used to hold court in there. Bob Dylan freewheeled in there many a time. Next time you're in New York City be sure you give it a coat of looking at.

The Muppet Who Fell to Earth 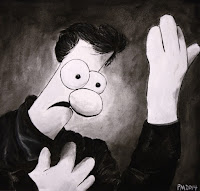 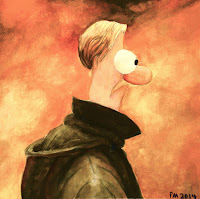