After a heavy night out with Mondo on Wednesday, I was going nowhere last night. So, along with another ten million souls, I watched the Final Countdown. How very, very dull.

My Aim Is True 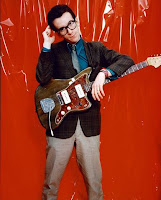 I found myself listening to Fi Glover's Saturday Live on the radio yesterday morning. I must admit, since Peel left us, Home Truths has proved a difficult act to follow but I guess Glover has persevered and made the Saturday slot her own. This week's Inheritance Tracks were chosen by author Tracy Chevalier; her first choice was Alison by Elvis Costello. Always one for a barbed lyric, what you hear with EC is not always what you get - a little like Paul Heaton, the aching melody and soft tempo belie what's really going on in there. Alright, I know this is meat and two veg to Costello acolytes, but what I wasn't expecting was Chevalier's take on the lyrics: she was reading the 'My aim is true' refrain as an implied death threat. Is she right? I'd not entertained the thought before, I must say, and wading through Costello quotes down the years he's always denied such an interpretation. Here Tracey Thorn all but improves on the original.
Everything but the Girl - Alison (1992)
[fast fwd to 12:06] 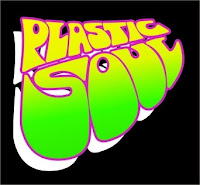 The term Plastic Soul has been bandied around virtually since white dudes have been picking up microphones. Jagger had the term thrown at him, while Bowie called his own Young Americans album the definitive plastic soul record.

Anyhoo, it being that time of the week when I give you 3 minutes of pseudo soul music, today it's the turn of Tom Wardle: hope your guitar turns up Tom. 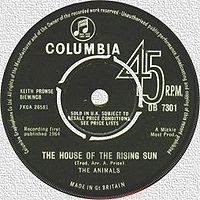 Keep On The Northern Line

A couple of weeks back I gave you a slice of cod Northern with Lord Large. Tempting as it is to give you the real thing this time, here's another great pastiche brought to you by a bunch of Brit-Pop Brummies. Carry Go Bring Come.

Ocean Colour Scene: All Up

Nothing much to do and all day to do it 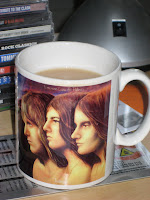 Saturday afternoon. Mrs M's away on what she calls a girlie weekend, so I've got some time to myself. Well, I will have when I've worked through the list she's left me; how do you point a gable end? I walked into town this morning along the tow path (it must be Spring) where the only distractions were anglers (one dressed top to toe in army fatigues!), barges (why do folks on them wave?) and a couple of Canada geese (coming over here, taking all our fish). After a few errands it was too balmy not to walk back again - this time via The King Billy for a pint or two of gold (actually, Blue Monkey Amarillo). I was then reminded it was Grand National day so a few bob on King John's Castle and Eric's Charm and back to Medd Towers: where the order of the day is Yorkshire tea and maybe a couple of DVDs still in shrink wrap from Crimbo.

I feel like Homer when Marge and the kids go to Church and he wanders round in his briefs all day: 'I'm wizzing with the bathroom door open!'

This was the tune playing in my head as I walked back from the pub:

It's only a matter of time

So how do you time travel? Mr Benn walks from his home at 52 Festive Road to the costume shop, Doctor Who relies on his Police Box and Captain Kirk just says 'Beam Me Up Scotty.' But surely the best way to travel through time is when it happens by accident: remember Gary Sparrow in Goodnight Sweetheart? He was just minding his own business one day, asking directions in the East End, and, before you can say Fight Them On The Beaches, our intrepid TV repair man is back in wartime London. Sam Tyler's method should not be tried at home i.e. being totalled by a speeding car - but the outcome was pretty much the same.

However, my favourite was dreamed up by Jack Finney in his 1950 short story The Third Level: Charley gets lost in New York's Grand Central Station and finds himself on a strange third level; somehow he's travelled back to 1894 complete with steam engines and spitoons - think Marty McFly without the DeLorean (or ZZ Top).

So where would you go if time was on your side? Or do I mean when? I'd love to see The Who tear up The Marquee in '64, stand behind the goal at Wembley in '66 (I'd sort the Geoff Hurst was it/wasn't it debate once and for all) and then, after a quick pint with Mick Jagger in The Speakeasy, it'd be time to come home. Scotty, beam me up. 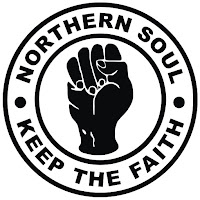 If you're going out tonight, or tomorrow night, then make this track* part of your getting ready ritual: you'll positively glide out of your front door into the taxi.

Some real Northern next time. Now, where did I put that talc?

* For those of you in a hurry, fast forward to 30 seconds in!

Lord Large: Sun In The Sands