She Makes Me Laugh

It may well be fifty years since The Monkees first topped the Billboard 100 with Last Train to Clarksville and I'm a Believer, but the three remaining 'boys' - Micky Dolenz, Michael Nesmith and Peter Tork - have just released their latest single. Written by Rivers Cuomo from Weezer, She Makes Me Laugh comes complete with all the usual Monkee matching accessories: you know - jangly guitars, catchy choruses and that feeling that you've heard it before somewhere. I like it. A lot.

Posted by John Medd on Saturday, April 30, 2016 No comments:
Labels: The Monkees

Megan is Jenny’s half-sister. They are linked by their father's indiscretion in the early 1960s (I’m sure, with Jenny’s permission, I will tell the full story here one day).
But they only met for the first time five years ago. However, in that time Megan has enriched Jenny’s life more than she’ll ever know. She’s also become my favourite sister in law – we’ve shared stories, shared holidays and shared good times. And she’s talked me down off the ledge a couple of times when times haven’t been so good.
Posted by John Medd on Thursday, April 28, 2016 No comments:
Labels: Art, Jenny Medd, Megan Brodie, Penguin


Mark Kermode’s Celluloid Jukebox is one of many regular podcasts that makes its way onto my iPod on a regular basis. Many hours spent behind the wheel or on solitary Sunday walks positively fly by listening to Kermode’s mix of sage cinematic critique and accompanying soundtrack nuggets. Kermode’s show rubs shoulders with a raft of equally excellent recorded audio output I listen to on my travels, including, but not limited to:

But back to Kermode. He first appeared on my radar as the incisive fast-talking film critic on Danny Baker’s Breakfast Show in the early nineties on Radio 5 (as it was called back in the day) and again with Baker on his Saturday TV show. Kermode was stand-up bass player with Baker’s house band The Railtown Bottlers. His current band, The Dodge Brothers, combine the sound of the Solent with pure Americana. They even went out to Memphis to record an (excellent) album (live, of course) at Sun Studios. Here’s a short film they put together to record the momentous event. Keep 'em peeled for the ultimate Bono putdown.

Junior doctors in England are striking again today. And tomorrow; leaving precious little in the way of emergency cover. Is this a good thing? No, of course it’s not. Are patients going to suffer? Oh yes – try not to get knocked down by a bus in the next 48 hours. Will people die who under normal circumstances would pull through? Probably – it’ll be standing room only in hospital morgues. Will the junior doctors do to Cameron what the miners did to Ted Heath in 1974? Maybe, maybe not - I don’t really give a monkey’s chuff. All I do know is that it gives me the perfect opportunity to shoehorn Doctor Doctor by UFO into my Blog. And that can’t be a bad thing. 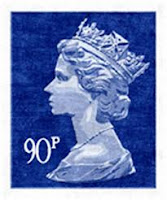 Paul McCartney reckons that despite Her Majesty being a pretty nice girl, she doesn't have a lot to say; perhaps later on this evening, when she’s walked the corgis, kicked off her green wellies, thrown the tiara on the back of the sofa and had a couple of gins, she’ll open up. Happy Birthday, Queenie.

The Beatles - Her Majesty

When Nick Hornby's About a Boy was given the big screen treatment in 2002 it would have been so easy to fill the soundtrack with pop fodder  - in the same way as, say, Sliding Doors did a couple of years earlier. (Other films with identikit soundtracks are available). But Hornby wanted a bespoke audio backdrop. Definitely not off the peg. And with the dozen or so original selections Badly Drawn Boy gave him, the project couldn't fail.
The standout song for me, Silent Sigh, is a haunting piano led tune that also cropped up near the end of an episode of House I watched last week. And it does that thing that all stunning songs do. It floors me. Every time.

I read a film review the other day in which the critic accused the writers/director (the Coen brothers, in this instance) of writing gags and sketches that would work best on the second (or even third) viewing. Can that be right? In a world where the majority of film goers will still only watch a movie once and once only, are films now so subtle that, short of rewinding every five minutes, the public are missing whole chunks of subtle and nuanced dialogue?

Maybe they are. Maybe they always have been: think 2001 A Space Odyssey, 12 Monkeys or any number of time travel related flicks. But concentrating specifically on some of the movies I watch at least once a year – The Odd Couple, Fargo (yes, those Coen boys again), A Hard Day’s Night, Local Hero, About Schmidt, Comfort and Joy – I always pick up on something new every time I immerse myself in any of these - even if it's just a sideways glance or a raised eyebrow I may have missed before. And, anyway, if you like a film why wouldn't you watch it again? And again?
Posted by John Medd on Tuesday, April 12, 2016 2 comments:
Labels: Coen Brothers

I'm running out of miracles

With the euphoria of the weekend gone and the inevitable reality of a Monday morning upon us, Guy Garvey’s opus, My Sad Captains, seems quite a fitting song to soundtrack the day. Garvey's lyrics aren't always easy to decode but, at the same time, resonate perfectly. This is for anyone who may be suffering from the Monday blues.

His best days are behind him

I've just picked Boston Bob (25/1) in tomorrow's Grand National sweep stake. On the race card it says that Bob's 11 now and that his best days are behind him. I know how he feels. One minute you're Cock of the North, next thing you know you're on your way to the glue factory.
Posted by John Medd on Friday, April 08, 2016 1 comment:
Labels: Boston Bob, Grand National

Cilla was a stalwart of the business. She worked hard and had friends in all the right places. Whether or not she was a nice person, I really don't give a hoot.

Paul McCartney had a soft spot for her though, that much I do know. When he wrote Step Inside Love for her she took his song and gave it the full nine yards. And then some. The demo she and Macca worked on together was a far more tender affair, but the finished article still sends shivers down my spine. 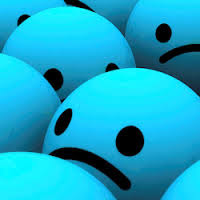 With some fancy footwork the cheesemaker formerly known as Helen Archer thought she’d left her man for dead on Sunday night - but the three points aren't in the bag just yet: this pot boiler is still bubbling away nicely. We've all come across Helens in our life and secretly wish they’d resort to route one retribution. Maybe after listening to The Archers they’ll begin to feel more empowered. I'll be tuning in at seven o'clock tonight for the latest installment. Are you joining me?
Posted by John Medd on Tuesday, April 05, 2016 3 comments:
Labels: BBC, The Archers

You Do Something To Me 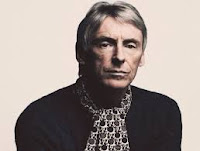 I heard recently that Paul Weller has bought a pile just up the road from me; though I've yet to see him at the local supermarket or newsagents buying his twenty Benson. Weller has a reputation for being one of the grumpiest coves in the business, so he should fit in well round here. I ruminated on this blog a while back that we should invite him to one of our acoustic nights. Now that he's one of us there's no excuse why he can't join our local Songwriters Circle. That said, he'd have to come along each month with a song every bit as good as one of these:

And if he could pen something half as good as this, we'd award him God like status in a heartbeat: nothing's so sure.


Paul Weller: You Do Something To Me


Local photographer and exponent of anthropomorphism Rob Townsend is currently exhibiting his latest portfolio of stunning snaps taken hither and thither, thither and thon. Last night's opening night saw the ever modest Townsend pressing the flesh whilst at the same time pretending not to be waiting desperately for his first sale of the evening. He didn't have to wait long: ten minutes in and Adele put him out of his misery. 'Vieux Nice' (above) was the first of many green dots that started appearing in the bottom right hand corner of Rob's delightful images.
Posted by John Medd on Sunday, April 03, 2016 No comments:
Labels: Adele, Rob Townsend, The Sun Inn Pickering

The death was announced today of Leeds born guitarist PP Woodlands. He never recovered consciousness after being attacked by a raft of puffins last month whilst holidaying in Scotland. Woodlands is probably best remembered for his time with the band Sky Ground: their debut EP, recorded in 1973, featured Carlos Santana and is still one of the most collectable pieces of vinyl from the period. His subsequent solo career was blighted by poor management and even poorer health. His family issued a brief statement: ‘Although PP gave his life to music, music didn't give a lot back. But PP carried on and was a fighter to the end. However, the puffins were the final straw.'
Posted by John Medd on Friday, April 01, 2016 2 comments:
Labels: Puffins
Newer Posts Older Posts Home
Subscribe to: Posts (Atom)