I pulled a couple of old novels down from the bookcase over the weekend and in doing so rediscovered a favourite author of mine. Guy Bellamy's A Village Called Sin is, to use that oft used cliche, a cracking read from start to finish. Published in 1991 (and also when I first bought it in hardback - back then Bellamy was one of the few writers I couldn't wait to come out in paperback) it succeeded in getting under the skin of a disparate bunch of village dwellers fifty minutes from London: Compton Sinbury, known affectionately by the locals as Sin, is a hotbed of red-braced money-grabbing bankers and property developers together with struggling actors, over sexed odd job men and the ubiquitous village idiot. There's even a comely wench. Set at a time when there was barely a mobile phone in sight we are treated to some superbly paced conversations and well written set pieces - mostly emanating from the pub on the idylic village green. The Fox is a hostelry we've all been in and when snatches of dialogue are heard waiting to be seved at the bar, as Bellamy himself must, we've all been tempted to try the material out elsewhere. A couple of one-liners that I particularly like: 'the hardest part of running a marathon is the last twenty six miles.' And, 'the only woman who knows where her husband is twenty four hours of the day is a widow.' It's up there with Groucho Marx.

I ought to do this more. After all, isn't that why we collect books - so that we can read and re-read them at our leisure? But we rarely do. And after twenty years, while we may remember the synopsis, we've all but forgotten who did what to who and when. The new paperbacks waiting by my bed might just have to wait a little bit longer.
Posted by John Medd on Monday, November 29, 2010 3 comments:
Labels: Guy Bellamy

After another busy day at Medd Towers (making tea for tradesmen from 7.30am is taking its toll on me and the kettle) it was time for another walk down to the acoustic night at The Bay Horse. Little bit different this week - we had a guest, harpist Sarah Dean, doing two 20 minute sets either side of half time. It was a well attended night with players and bystanders alike just enjoying making and listening to music. I'd been persuaded to bring my guitar out of hibernation to entertain the troops. Suffice it to say I'd been dusting off my 3 chord trick book all week and reckoned I could go ten rounds with anything from Johnny Cash's back catalogue, maybe even a couple of Dylan's simpler tunes or, hell, just belt out Louie Louie for three minutes and beat everyone into submission. I didn't have to in the end: in the first half I played a fast and furious version of The Young Ones. I think It went down well - we even found an extra verse from somewhere. Prior to my slot we'd been royally entertained with jigs and reels, blues, Trumpet Voluntary on the violin(!) and an a cappella reading of the Quo's In The Army Now (you had to be there).

Then Sarah took to the stage (well, the front of the room) and completely mesmerised us all. Not only a very gifted musician (hailing from York and known on the circuit as The Incredible String Blonde) but she also has a nice line in inter-song banter - the bit a lot of musicians often get wrong.

She opened with this:

She played a couple more before a well earned beer refill, sandwich and the ubiquitous raffle. We managed to snaffle a nice bottle of red.

My second 'number' was something I've been wanting to do for a while. I left the guitar in its case for this one. I read Hovis Presley's I Rely On You. You can't go wrong with a bit of Hovis.

Sarah's second set mixed up more of her own material with a couple of tasteful covers chucked in for good measure: have you ever heard a harp version of Walking On The Moon? Thought not.

They're a good bunch up here and have really made me and Mrs M feel very welcome. Back again in a couple of weeks, hopefully.
Posted by John Medd on Thursday, November 18, 2010 4 comments:
Labels: Bay Horse Pickering, Hovis Presley, Incredible String Blonde, Sarah Dean, York

I love the 70s as much as the next man. But it's only when you take a look in the rear view mirror that maybe, in the eyes of some, it was a wee bit overrated. Now, I'm only playing Devil's Advocate here: I know that this sort of heracy could get you locked up in certain quarters - but I give you the following evidence (taken from end of year NME polls - yeah, I know, I was a Sounds reader too) - so you can make your own mind up.

OK, so far so good. You can see the end of the old guard and the arrival of the new kids on the block. But what happened when the voting public were asked to take a punt on their fave guitarists? Let's take a look:

You don't even want to see the bass players. Oh, you do?

Right then. What were we all watching on the little box in the corner of the room?

No need to bore you with the Disc Jockey category. Apart from 1970 and 1971 (Jimmy Saville) and 1974 (Noel Edmonds?) Peely was, quite literally, the only show in town.

* What do you mean, you don't remember Revolver? Take it away Pete:

I don't know why the football cognoscenti were up in arms after last night's bore draw in Manchester. Have they not heard Don't Believe The Hype? Everything from The Stone Roses' second album to any number of Dylan live shows have been bigged up to breaking point only to disappoint massively. I know we all want to look forward to something on the horizon, only for the eventual, some might say predictable, let down. That's what makes getting out of bed every day such a lottery.

And then, occasionally, we do actually get what we want: a Christmas not ruined by family feuds or cremated food, a Summer holiday that sticks in your memory as if digitally downloaded, maybe a blockbuster sequel that was actually better than the original. Which is why we're all wandering 'round living in hope. Most of us, anyway.

I remember reading the story of Tory MP Nadine Dorries a couple of weeks ago and thinking: this can't be right. Don't get me wrong, politicians telling fibs is hardly front page stuff, but still - it just doesn't sit right with me. This is the quote I find most offensive:

According to documents published by the Standards and Privileges Committee, Ms Dorries responded: "My blog is 70% fiction and 30% fact. It is written as a tool to enable my constituents to know me better and to reassure them of my commitment to Mid Bedfordshire. I rely heavily on poetic license and frequently replace one place name/event/fact with another."
Quite. Especially when it comes to where you live. Or, more precisely, where you get paid to live. But surely, when you are reading a politician's outpourings (or anyone else's for that matter) you assume that they've been able to get to grips with the subject matter and what you are reading (give or take the odd Lib Dem swerve ball) reflects what they feel about the particular topic under the hammer. If you don't know from the outset that it is nothing more than a yarn and is proffered as a work of fiction, then the boundary between truth and lies is nothing more than an optical illusion.

Unlike Nadine Dorries I am not answerable to thousands of constituents (I answer only to the current Mrs Medd) so what you read here on these pages may be the truth, the whole truth and nothing but the truth. But then again...

We've arrived (and to prove it we're here) 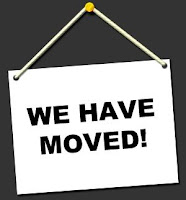 So, we're at the 'new place.' It feels good and it feels right. Apart from the last tearful look 'round to make sure we'd left nothing behind (and the equally tearful goodbyes to friends and neighbours) the whole moving process went pretty much like clockwork; unlike many things in life these days.

Thanks to the Number One Son and his fair maiden we're all broadbanded up and are now looking forward to the mammoth task of getting straight. Last night saw me handling cooking duties (rustic meatballs, since you ask) with Mrs M looking beautiful and toasting our new future. Meanwhile Tom and Doris were doing that exploring thing that all cats do when they've been beamed up to a new planet.