The Hush Before the Silence

Boxing Day. A day to relax. A day to do precisely nothing; the square root of nothing, no less. There's even a formula for this prolonged bout of inactivity: e=√FA

That said, I am reading a rather splendid book at the moment, whilst simultaneously demolishing nearly half a tin of Quality Street. Oh, and I've hung a few pictures this afternoon that have been leaning against walls for far too long.

And I'm currently compiling a couple of playlists. Downtempo playlists, if you will; nothing too strenuous, nothing too upbeat. Not today. Not on Boxing Day.

Paul Weller bookends the first one with two different versions of My Ever Changing Moods - one of my fave Weller songs from his Style Council days. He did a rather tasty piano version 30+ years ago and then, last year I think, included it in a specially recorded BBC session - a version reflecting his now slightly reduced vocal range (Macca, a hero of Weller, does something very similar when he sings Beatles songs these days).

Wish You Were Here

A lot of firsts; my eyes have widened and my soul deepened, that much I do know. I also know that, pretty much like last year, my end of year round up is very simple, being both compact and bijou: 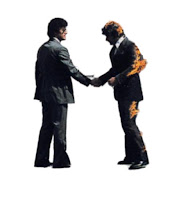 Once again a big thank you to everyone who looks in my shop window, and an even bigger thank you to those who trust to luck and cross the threshold...

Have a peaceful Christmas

Thank you so much @cjtudor and everyone at @nottsmechanics for a great evening. Caz, you had me enthralled for the full 2 hours x pic.twitter.com/eeYbjZ9c5N
— John Medd (@JohnMeddUK) May 9, 2018

Text message from my cousin Ray on Thursday:

Fox On the Run came on
the radio...I nearly came
with it. Fucking brilliant
when a song like that creeps
up and surprises you


Tell you what, give me 150
words on why Fox On the
Run is so fucking brilliant
and I'll put it up on the blog.

John, this isn't quite what you
asked for - but do as you wish
with it. An ordinary Thursday
afternoon. Christmas themed
background music dominated
the airwaves. And then...the
explosion. It's amazing that
despite having 24 hour access
to one's musical preferences,
when one of them springs
unexpectedly from a radio
station, it's inexplicably
different. It's a joyous three
and a half minutes of nostalgia
that no pre-planned station can
bring. March 1975. Sweet. Fox
On the Run. Yes, lyrically it's
bitter, criticising as i does
somebody whose glory of youth
has deserted them. 'But the rest of
you is out of place.' Hardly a
compliment. Not being
appropriately trained, I can't
identify what its musical qualities
are. To be honest, I don't care.
But what an ensemble. Like so
many great Sweet songs, it didn't
quite make the top, being denied
by the hysteria of Bye Bye Baby.
This is a matter which has recently
been ignored amid the apparently
more significant Brexit issue, but is
still one I intend raising with my
MP on March 30th 2019. It's
never too late to gain justice.

The Woodlands Gallery (about to enter its fifth year, and now located in Nottingham) has recently acquired two new paintings. Yep, the brushes came out for the first time in ages yesterday and here they both are.

Sunburst Finish, I think it's safe to say, owes very little to the 1976 Be-Bop Deluxe* album of the same name, but the colours and texture cried out Sun as I was working on it yesterday - despite the fading afternoon light on the canvas.

Wood Embers on the other hand is, excuse the pun, something of a slow burner. I wasn't jazzed with it at all while I was painting it. It's only when it began to dry that the colours bled through. The title, meanwhile, came a little while later...

* Be-Bop Deluxe really did try and set the world alight, but always seemed to be punching above their weight. Being neither Glam nor Prog in the mid seventies, and with one eye on the impending new wave, they somehow got left behind in a world that loved the idea of a band like Be-Bop Deluxe, but didn't necessarily want to buy their records or foot their ladder as they tried to climb it. Shame, really, as Bill Nelson - Mr. Deluxe - knew how to write good songs. Like this:

If there's a bigger ball ache than remembering old passwords, retrieving forgotten passwords and/or resetting new ones then please tell me; because I really don't think there is one.

And as the majority (alright, all) of my passwords are variations on a theme, I'm buggered if I can remember which ones do or don't have an uppercase letter, do or don't contain a number, and do or don't have a 'special' character; which is why, if left to me, they would all be 123456 or ABCDEF. Sorry, make that aBCDEf1@, no, hang on, I think it it was ABCdeF?100. Oh, fuck it.

Birds of a Feather 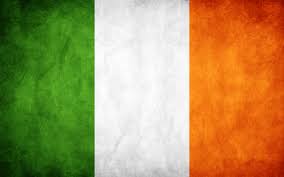 There follows not a single reference to Brexit (Hard or Soft), Backstops or Theresa Fucking May

References to my Gaelic roots are dotted all over this blog. Without this maternal streak of Irishness running thru me, James couldn't have applied for his dual nationality, and I probably wouldn't spend as much time as I do shouting 'FECK!', 'DRINK!' and 'That would be an Ecumenical matter' at the drop of a tricolour hat. Nor would I spend so long listening to RTÉ Radio. In particular John Creedon's excellent midweek show which goes out live from Cork every night between 8:00 and 10:00 on RTÉ Radio 1. Take a peek at some of his recent playlists. Tasty aren't they?

He played a song by Declan O'Rourke last night that I'd never heard before, and I fell in love with it instantly. 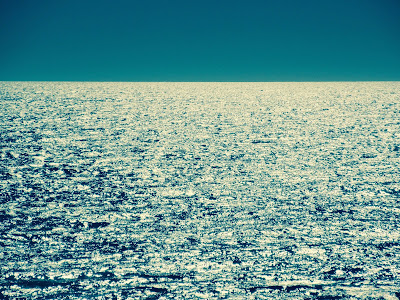 The plane touched down yesterday just after three o'clock. It was wet. It was windy. It was cold; everything Lanzarote wasn't. A miserable December Saturday afternoon in the UK has absolutely nothing going for it whatsoever. Even the pilot was apologetic, bless him.

Rewind less than 24 hours and I'd been gazing out to sea thinking how much more tolerable life would be if this was my view, this was my vista; a light so bright and so beautifully sharp, that, if I close my eyes (even as I'm typing this), I can still see. Let's hope I can still retrieve it from my memory bank next week, and the week after...

What a year it's been; and continues to be. I'm sure there are other fairground mechanical contraptions that can I can compare the last 12 months to, but I'm struggling at the moment to call one to mind. 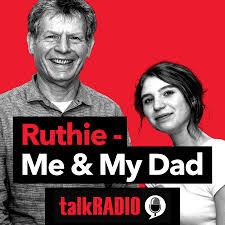 I'm jumping on a plane in a couple of hours. Five nights away - a bit of sun on my back, catch up with the latest Anne Tyler, and gorge on a few of my favourite podcasts*. I may even have a few glasses of the local grog, it has been known. As ever when I'm away, my thoughts will be wandering. But in a good way this time.

* Including: Ruthie - Me & My Dad. I've just discovered this quirky podcast where washed up radio presenter Martin Kelner and his 17 year old daughter Ruth sit down at the kitchen table and tell each other what it's like to reside in 2018. Essential listening.

It was going to be called 'Go Into Settings' - Ruth explains in the first episode (or is the second?) that whenever she's telling an 'old person' how to do something on their phone it's the first thing she says. Ouch, sounds familiar.
Posted by John Medd on Monday, December 03, 2018 10 comments:
Labels: Lanzarote, Martin Kelner, Ruth Kelner

Here in the Hole

It doesn't take a lot to frighten me; though I'm much better than I used to be. I remember trying to watch Eraserhead on my own and not being able to get past the opening credits. Seriously.

The first house I ever owned had a basement cellar. Did I ever go down there? What do you think? And don't get me started on horror films where hands come out of graves. Ever wondered why I went grey so early?

So how come then I'm currently wading through Season 1 of American Horror Story on Netflix? That is a very good question. Firstly it comes highly recommended. Secondly, it doesn't take itself too seriously: they shoehorn every conceivable trick from the horror repertoire into each and every episode, thus making it more Carry On than Carrie. I absolutely love it.

But, back to things that truly frighten me. I still can't listen to Here in the Hole by Barry Adamson without clutching at my invisible rosary beads and offering up a silent prayer; it scares the living crap out of me (that's right, I don't play it very often).

I recently found a Youtube mix of it where it segues into Sonny Boy Williamson's Help Me. It's the kind of light relief you need after putting yourself through Adamson's emotional wringer.

Ready to be disturbed...?

"You see, that's the way the world is"
Posted by John Medd on Sunday, December 02, 2018 No comments:
Labels: 2006, American Horror Story, Barry Adamson, Eraserhead, Here in the Hole, Netflix

It's Been a Long Time Since I Did The Stroll

I have to confess that, despite the title of today's piece, I have never done The Stroll1. In fact, until as recently as ten minutes ago I wasn't even aware that it came with its own song. Yes, I'd heard Led Zeppelin's mighty Rock and Roll2 and yes I knew Nick Lowe slipped a reference to it in I Knew the Bride, but I still couldn't have told you, strictly or otherwise, which foot to lead with or, indeed, who takes the initiative. However, looking at this video, I don't think any of that really matters; all you do, seemingly, is, er, stroll. Who knew?


The Stroll - from American Bandstand, February 1958


1. Not knowingly, anyway.
2. I recently played my stripped down version of Rock and Roll at the Running Horse in Nottingham. I introduced it by saying that if there were any Led Zep fans in the room, then now might be a good time to go to the bar.