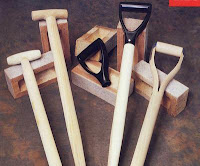 This Sunday marks the 5th anniversary of Ronnie Barker's death. To many he will always be the jailbird Fletcher. And to many more the tight-fisted Arkwright. But I guess it's as one half of The Two Ronnies that the Great British public will always remember him; it's hard to imagine now, but on Saturday nights in the 70s they were watched by north of 15 million viewers.

When the Number One Son came back for a few days last week, he and his fair maiden brought along some autographs her dad has collected over the years. I posted Spike Milligan's on Mondo's blog earlier in the week. Here's Messrs Barker and Corbett. 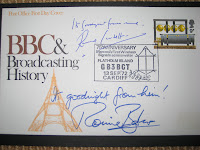 And, if you've got a minute, listen to Ian McMillan, the Bard of Barnsley, wax lyrical on the genius that was Ronnie Barker.

Ian McMillan Orchestra: It's Goodnight From Him 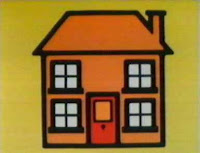 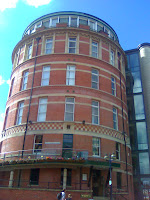 Time to end the working week. The band may hail from Italy and the song may have been written by an American jazzer, but the link to Sergio Mendes and Brasil 66 is undeniable. So go on, sit back and crank it up to 11. 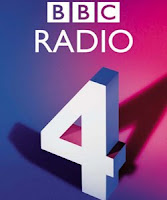 A few weeks ago I told you the BBC were going to run with an idea of mine for a radio programme. Radio 4's iPM, the sister show to PM, picked up an a theme I wrote for this blog back in May - whatever happened to transport caffs? With help from artist Anton Hecht and sound engineer Chris Prosho, we opened it up and interviewed punters at The Limes in Nottinghamshire and got to discover all sorts of things. We got an insight not just into who still uses roadside caffs, but also their back stories. And we wrote a song! It's going out this evening at 5.30pm, but if you want a sneak preview of the 5 minute soundscape we created, it's here. 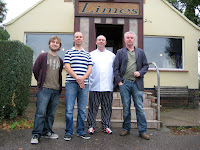 A big thank you to Ryan Dilley at the BBC. And Hugh Sykes.

So, Trent FM, together with Leicester Sound and Ram FM, have been consumed by the mighty Capital FM; in pretty much the same way as every high street up and down the land looks the same, now it'll sound the same too. Industry experts, true to form, say it's a good thing. One even said 'I think, on balance, it’ll produce a sensible quasi-national brand that’ll benefit the radio industry as a whole. And that’s the important thing.' Eh?

Stop the world, I want to get off.

Don't get me wrong, Radio Trent ceased to have any local relevance many moons ago. It probably went awol when it lost its 301 meters frequency on the medium wave. And, as any fool will tell you, I'm not the demographic they're aiming at anyway. But, with syndicated presenters and news from London, local commercial radio is up there with Arsenal, Chelsea and Liverpool - they may play at the stadium in the town, but with squads comprising mainly Johnny Foreigners, they have little or no real link to the community.

But, it wasn't always thus: 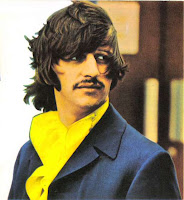 This month marks the 40th anniversary of Ringo's Beaucoups of Blues; after All Things Must Pass and Band On The Run, probably the best solo album by an ex-Beatle. Recorded in Nashville with Pete Drake on pedal steel, The Jordanaires on backing vocals and D J Fontana on drums, it had pedigree right from the get go.

The boy from Dingle has come in for a lot of stick down the years but, as the venerable Mr Starkey MBE enters his eighth decade, isn't it about time we all came clean and admitted it: Ringo was everyone's favourite Beatle. Wasn't he? Think about it; he had all the best lines in Hard Day's Night ('You want to stop looking so scornful, it'll twist your face') and Help! ('Two lagers and lime and two lagers and lime please'). He wrote Don't Pass Me By and Back Off Boogaloo, directed Born To Boogie, starred in That'll Be The Day and compliled Postcards From The Boys. And The All Starr Band continue to wipe the floor with The Bootleg Beatles.

Why did The Beatles cross the road?

Now that there's a permanent live webcam (with sound?) filming that zebra crossing, just watch how often the tourists try to recreate the album cover. It must drive local residents and motorists crazy.

In the days before digital technology, however, do we think this is what really happened on that August morning in 1969?

Interestingly, it wasn't the first time the lads had been snapped crossing the road together. In their pre-moptop incarnation a local toggy followed them around Liverpool for the day and, unwittingly, predated the iconic album sleeve by nearly a decade. 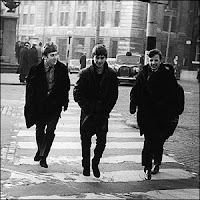 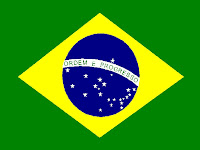 Here's a delicious tune composed by Bossa supremo Antonio Carlos Jobim. He wrote it for Brazilian singer Sylvia Telles (aka Dindi). Telles was killed in a road accident in Rio de Janeiro shortly after recording the song in 1966.

If you can, take five minutes out of your day and lose yourself; and if you have cats it'll drive them crazy. 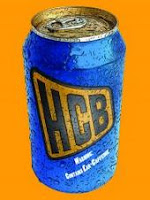 I was hoping to get down to the Word Magazine blog meet in London this Friday, but circumstances have prevented me from seeing the bright lights and hooking up with Mondo et al; which is a shame as, not only was I looking forward to breaking bread with like-minded coves, I was planning to slope off after a couple of hours and check out the Hackney Colliery Band's set at Camden's Jazz Cafe. To those of you not familiar with the HCB, they're a bunch of young horn players (and a couple of drummers) putting a new spin on the brass band/New Orleans marching band format. Incorporating lethal injections of jazz, funk and ska it's no wonder they've already appeared on the radar screens of both Gilles Peterson and Craig Charles.

This is their new single - it's got to be worth 79p of anybody's money. Available from those good people at iTunes:

Although better known as Steptoe and Macca's grandfather (he's very clean), Wilfrid Brambell was also a recording artist in the 60s. This is from 1963 on the prestigious Parlophone label. He plays it with a straight bat and you get the impression he'd like to have done a few more.