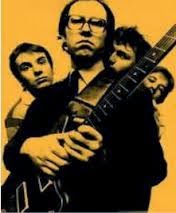 I write songs. But I'm only playing at it. I've written about 30. And less than 20 of those are keepers. Yesterday I spent a day in the company of a proper songwriter. Clive Gregson, in his time with Any Trouble, as one half of Gregson and Collister and as a solo performer for many years, has written over 1000. And the great and the good are queuing up to record them: Nanci Griffith, Mary Chapin Carter, Norma Waterson. Even Smokie. So he knows a thing or two about his craft. Starting with a blank piece of paper and turning it into three and half minutes of pop wizardry is what he does for a living.

When Ian and Judith Simpson announced that they were opening their beautiful home on the outskirts of York on the Bank Holiday Sunday for a songwriting workshop and house concert by the aforementioned Mr. Gregson, I followed Freddie Laker's advice and booked early.

Now residing in Houston, Texas, when Clive introduced himself it was reassuring to hear that he was not speaking in an adopted mid Atlantic accent. Despite having spent over 20 years in the company of our gun loving North American cousins his Manchester vowels were still intact.

The ten of us in the group chatted a great deal about music and writing, played a couple of our songs and were then paired up to collaborate on a new song. The results were remarkably good and by the time we wrapped up the aftenoon we all emerged with a better idea about which direction to take our writing in. I did, anyway. The song I opened the session with, 'What Are You Waiting For?' had Clive (sitting three feet away) scribbling furiously in his note pad. He suggested I move the capo from the 3rd. fret to the 5th., write a bridge and change the title to 'Don't be Lonely Anymore'. It's called finessing, apparently. I think he liked it though.

John Medd: What Are You Waiting For?

I like his new song too. He played 'My Kind of Girl' in the first half of his concert. Here's the ubiquitous pop video to promote it - featuring Gregson fans all over the world doing a stunning job of miming to the record. When his film maker friend in LA told him what he intended doing Clive told him he was bonkers. 'That won't fly'. But he was wrong. It flies remarkably well.

Clive is getting his old band, Any Trouble, back together in December. For one week only Any Trouble are playing selected dates in the UK. Check Clive's website for details.

A big thank you to Clive, Ian and Judith for a brilliant day. And Rowena, Ian's sister and my lyricist for the afternoon.
Posted by John Medd on Monday, May 26, 2014 4 comments:
Labels: Clive Gregson, Houston, Ian Simpson, York

At a time in Britain's history when our collected chins are on the floor and the Scots are looking for the fire escape, now would seem like a good time to launch a credible fourth party: a party that would deflate the worryingly ascending Farage balloon. The Let's Have a Party party - less food banks and reality TV, more bread and circuses. A party that believes we should be laughing at Vic and Bob, not Cameron and Clegg. Of course the name would need to be worked on. But the monikers of the three major players on the current leader-board haven't really stood the test of time, have they? And as for policies, well quite clearly they're not necessary. A ten second sound bite or maybe just a 500 word blog will suffice.

And how would we start this new political force to be reckoned with? Well, I'd suggest political inertness. We would start by laughing at anybody who claimed he or she represented anyone other than themselves. With turnouts for recent elections peaking at less than 35% and a Prime Minister in office that nobody remembers voting for, it's quite clearly time to ask our potential candidates to run around their local town hall wearing their shoes on the wrong feet and seeing who could do it in the best time. Thus ensuring we would get a better standard of politician than we have now.

We'd do away with Policy Units and Think Tanks but, as Father Ted once said to Dougal, you've got to follow up a big idea with lots of little ideas. Anybody got an envelope? Or a fag packet?
Posted by John Medd on Sunday, May 25, 2014 2 comments:
Labels: Bread and Circuses, David Cameron

displace .v. move from the proper or usual position
I tweeted a while ago that one of the reasons I was probably never asked to join The Rolling Stones was my disinclination to living out of a suitcase. That and the fact that me and Mick would be constantly arguing about the merits of opening the set with Miss You.

However, from time to time, being a freelancer, my work takes me away from home. Which is fine if I can see an end date; I can chalk the days off in true cartoon prison style. My destinations, however, are nowhere near as glamorous as a Stones world tour and my digs probably not as decadent as The Hyatt in West Hollywood. But it's OK. It might not be rock and roll, but I'm learning to like it. 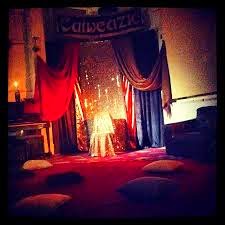 Chucking the guitar on the back seat of the car every Monday morning helps: I've lost track of the number of pubs, clubs and open mics I've found on my travels. I've met some great people and have always been humbled by the reception my songs get in an alien environment. Not least The Catweazzle Club in Oxford. Decked out like a harem with candles, joss sticks and leather settees it's probably one of the best venues I've played in. And playing whilst seated on a gold lamé chair was fun too.

I met a lovely German girl in the interval. Anna was from Munich and her English was perfect. I told her, however, that despite her total command of the language she probably wouldn't understand a word of my Camberwick Green song. I dedicated it to her anyway.

Speaking of songs, I'm really quite excited about an upcoming songwriting workshop with Clive Gregson. I've been a big fan of Clive's since his days with Any Trouble. And I must have been to see Gregson & Collister a couple of dozen times in the late eighties and early nineties. It's been held in someone's house and after the workshop, in true pop-up style, Clive's playing a house concert. As I said, I'm getting excited about it. Almost as excited as I am about supporting Dodgy at York Fibbers on 13 June. But more about that nearer the time.
Posted by John Medd on Sunday, May 11, 2014 2 comments:
Labels: Camberwick Green, Catweazle Club, Dodgy, Mick Jagger, Oxford, The Rolling Stones

Half day closing on Tuesday

When I find myself in times of trouble Mother Mary doesn't come to me; instead, more often than not, I retreat into my childhood. And I always go back to a particular place. Tucked away in a leafy part of Middle England, far away from eight lane motorways, IKEA and the threat of HS2 is a forgotten county. It's called Trumptonshire. Comprising little more than the county town of Trumpton and two neighbouring villages, Chigley and Camberwick Green, it was recently voted the most desirable location to live in Britain. But you won't be able to track what property prices are doing on Right Move, nor check out the standard of its hotels and restaurants on Trip Advisor. I couldn't even tell you how to get there. But I can tell you that in Camberwick Green the sun is always shining. And half day closing is on Tuesday.