Taking Back Control? It's Just an Illusion 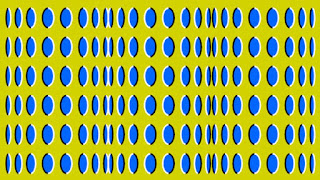 In June 2016's EU Referendum 52% of the UK population (it's been argued this majority comprised mainly the elderly, less well educated and the less well off) saw the phrase Taking Back Control, turned it into a mantra and made it their primary reason for pulling out of Europe; being free of the EU and being able to trade with anyone we wanted to.

With a deal now put forward by our hapless Prime Minister that effectively still ties us to the EU (but with none of the benefits of being in the EU), and our biggest ally, the United States, giving us the middle finger and potentially vetoing any future trade deals with them, I wonder what they see now? 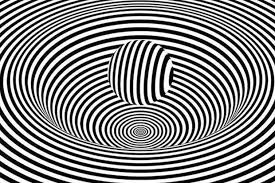 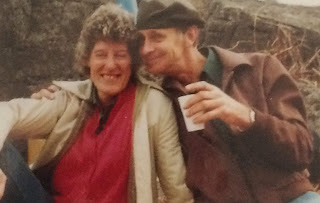 I drove to Hull today and spent some quality time with my Auntie Margaret and Uncle Brian. I can't believe they celebrated their Diamond Wedding Anniversary earlier this year, but celebrate it they did, even receiving a signed card from our reigning Monarch. Around the time this photo was taken I remember Brian, an electrician by trade, building me a bespoke external speaker for my tinny portable cassette player - giving it much needed Oomph! Their friends recently found the 70s snap, blew it up, framed it and gave it to them as a gift on their big day.  It's such a spontaneous photograph, I love it.

Since time immemorial Beatles fans and scholars alike have been debating (often heatedly) whether or not the White Album coulda/shoulda been released as a single album; trim the fat, ditch Revolution No.9 (the Emperor's new clothes, without doubt) and generally rid it of anything devoid of FABness. Pah! I hear you say. Even four sides isn't enough - we want six sides, eight even.

Well, as you're probably aware, this month saw the majestic release of a whiter than white White Album with alternative takes, demo recordings made at George's house in Esher - complete with Harrison asking Macca how many sugars he wants in his tea - and is, essentially, the kitchen sink in vinyl format. Indeed, fetching it home from your local record shop would necessitate mechanical lifting machinery and, possibly, road closures.

Not for me, however. I fell in love with this album just the way it was intended way back when; and I've got all the Esher demos on bootlegs anyway.

But to go back to the double album/single album hot potato for a second - if you ever wondered what the perfect pared down track listing would have looked like (5 tracks on Side 1, five on Side 2) - then jazzer Ramsey Lewis has beaten you to it. By 50 years. That's right, Lewis went into the studio and recorded his White Album (he actually called it Mother Nature's Son) in December 1968 and released it later the same month: only a handful of weeks after the Beatles released theirs in the November. He didn't mess about did he? The world was still coming to terms with how utterly brilliant Lennon's Cry Baby Cry was, and here was Ramsey Lewis straight out of the traps giving us his sublime instrumental take. And, I have to say, almost edging it for me. Almost.

I had an out of body experience today. Seriously. I really did. And, here's the thing, no artificial stimulants were involved; unless you count coffee (and no one counts coffee). Want to know more?

Ever wondered what the future sounds like? No, neither did I particularly. Until this morning.


What did you think? Let's park up the fact that it's the work of the Devil - was that amazing, or was that amazing? It's called 8D Audio. And it's appearing all over the place. From Eminem to Bo Rhap; everyone's doing it. Don't get left behind. And remember, you heard it (and I mean HEARD it) here first (unless, of course, you've got the jump on me already, in which case - why didn't you tell me?!)

Fashion guru Paul Smith paid a flying visit to his old stomping ground this week. Smith was born in Nottingham in 1946 and opened his first outlet in the city in 1970, before setting off on his travels and taking the iconic Paul Smith brand all over the world*. But he came back yesterday and took a butchers at a recently painted mural depicting the man of many stripes.

Interestingly he shares a wall with Richard Beckinsale - star of Porridge & Rising Damp and, tragically, cut down in his prime aged just 31.

* Situated just a couple of blocks away from where I smashed a hire car in Los Angeles a few years ago is Paul Smith's LA store; people come from miles around just to have their photo taken outside it. Well, they would, wouldn't they? It is a thing of beauty. 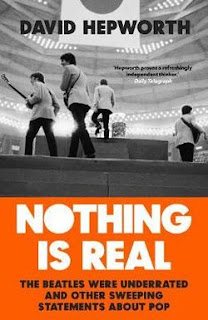 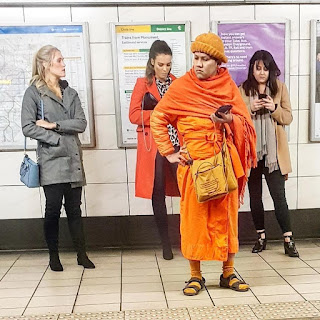 Q. What have David Hepworth's latest book Nothing is Real (The Beatles Were Underrated and Other Sweeping Statements About Pop) and my friend Heidi's recent visit to London got in common?

A. As you can see Hepworth's latest tome (his third) once again comes with, like its predecessors
1971 and Uncommon People, a striking orange themed dust-jacket.

And when Heidi was in the capital this weekend she took this splendid photograph of a rather dapper individual on the tube; kitted out, from head to foot (quite literally) in, er, orange.

For exact colour matching purposes, I've included the RAL swatch for all your Orange needs.

Everything from Donald Trump's skin tone to X-Ray Spex's The Day the World Turned Dayglo.


With thanks to Heidi

Oops! - I don't do F**ebook, so when I was sent this tube photo I thought it was a photograph Heidi had taken; turns out it was Piley. Heidi/Piley; Piley/Heidi. See what I did there. Sorry both!
Posted by John Medd on Sunday, November 11, 2018 4 comments:
Labels: David Hepworth, Heidi, London, Orange, Piley, The Beatles, X-Ray Spex 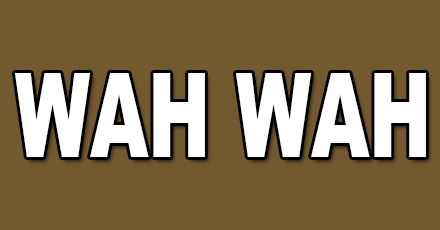 A conversation in the pub tonight took me back to a time when home taping, far from killing music, kept two overgrown schoolboys sane for much of the 90s & indeed the noughties.
One mixtape I did for Steve was two sides of a C90 rammed with wah wah tunes. And for the life of me I can't remember what I put on there. Except this - this definitely opened proceedings: 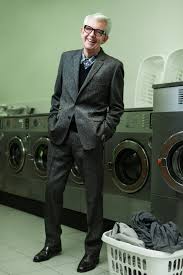 
Sticking with Nick Lowe, I recently found this photograph taken in March 1978: 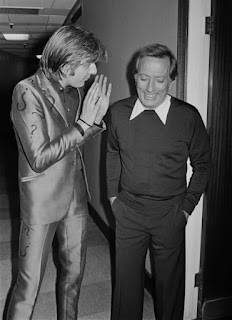 To Be A Lover

I've noticed lately that a number of blogs I read on a regular basis have given over their Monday editions to a feature called Monday Long Song.*

I won't even begin to insult your intelligence by breaking that down for you; suffice it to say that a great song written by Booker T Jones c.1969 and given many makeovers thereafter (not least by Billy Idol in the mid 80s) was, for me, really brought to life back in 1977 when reggae singer George Faith agreed to record it for Lee 'Scratch' Perry. Easy now.

* Including my good friend The Swede

Black & White, and Red All Over 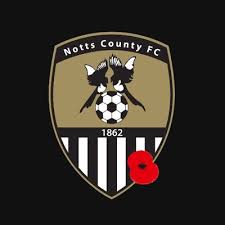 For those of you who are blissfully unaware of Bands FC, I strongly suggest you take a peek and bring yourself up to speed. Bands reimagined as football emblems/badges is an idea so simple, yet is the sort of lightbulb moment we all dream of having.
And with the, quite literally, thousands of both bands and football team to harvest, it's the gift that just keeps on giving.

Their exhibition is coming to town next month so I'll be sure to give it a good coat of looking at. Living in Nottingham we of course have two quality teams plying their trade in the city - Notts County and Notts County Reserves. Just kidding: Nottingham Forest play on one side of the River Trent, County on the other. When Brian Clough was in charge at the City Ground they said he used to walk on the very water that divides them; love him or loathe him, his presence is still felt around these parts.

And to show I have no axe to grind with the Reds, I'll lead with this. Forest rebranded as the Cure. And why would that be, I hear you ask. Quite simple really - it's that song innit? 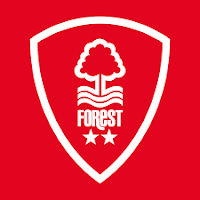 And who else but Sleaford Mods could they have got for the County gig? I first wrote about them back in October 2014 and championed the excellent Tied Up In Nottz (you c*nt). And it still sounds every bit as powerful now as it did then.
Posted by John Medd on Sunday, November 04, 2018 6 comments:
Labels: Bands FC, Brian Clough, Nottingham, Nottingham Forest, Notts County, Sleaford Mods, The Cure

Torched the haystack. Found the needle

There's a lot to be said for brevity; in the case of Twitter, not more than 140 characters (I think that's why I love it so much). I'm currently digging six word stories - that's right, stories that pack a punch in less time than it takes to clean your glasses; stories that never outstay their welcome. Stories that demand to be reread.

That, plainly, is the benchmark. It's probably never been bettered. Though, for what it's worth, I think the following examples come pretty close.

She will always be the one.

Underneath you, I erupt into stars.

The smallest coffins are the heaviest.

I know I've chosen some really sad ones; there are, for sure, some really uplifting ones out there too. Maybe next time...