Can we just go back to the start?

Anyone who watched Cold Feet first time around will remember three couples, six friends, living in faltering relationships and generally not making a great advertisement for marriage - falling in and out of love - sometimes with each other, sometimes not. I was the same age as these people back in the nineties and found the whole thing mesmerising. And having a soft spot for Helen Baxendale I always thought Rachel could have done better than Adam. As it turned out, it was all immaterial. Life really is too short.

Sometimes all we want to do in life is stand up and say: 'Can we just go back to the start?' 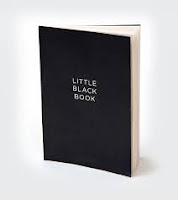 A few scribbled words, tonight, from my little black book:

'Another great night at Woodlands - fabulous food and great wine (as always). After cooking up yet another storm, Jenny Rose came out of the kitchen and mixed with the punters. We got talking to a delightful couple from Ashby-De-La-Zouch. Swapped stories and laughs over what can only be described as the most eclectic whisky collection this side of the A1. Surprised how well my new songs went down, especially a couple of the really new ones. Old Fool may get another run out sooner than I thought. We promised the De La Zouchians a hearty breakfast and a long walk tomorrow - followed by a few beers. It's what Saturdays are for, after all.'
Posted by John Medd on Friday, October 30, 2015 1 comment:
Labels: Ashby-De-La-Zouch

Groove is in the House 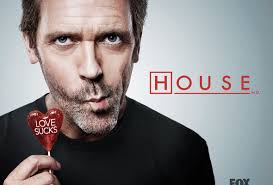 After a somewhat tiring weekend, including a full on Saturday that started with copious amounts of tea at six in the morning and ended 24 hours later with yet more tea (only this time washed down with whiskey), it was good to settle down on Sunday with our brand new winter project: the first season of House, starring Hugh Laurie as the prickly medical curmudgeon with a black bag full of one-liners, may well have been made over ten years ago, but the Medds only latched onto it yesterday.


The soundtrack, c/o Massive Attack, is quite groovy too.

You on my mind in my sleep 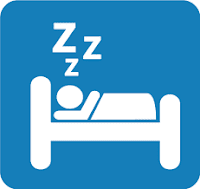 I can't honestly tell you how many cassette, minidisc and CD compilations Steve and I have exchanged since we first met in 1993. All I do remember is that the majority of them were given/received on a Friday. And the reason I know that is because Thursday was Home Taping Night - a tradition born out of two friends with a passion for music and, let's face it, too much time on their hands. This was long before iTunes, playlists and Spotify; recording in real time and planning what eclectic mix would genuinely please/excite/shock the other. Or just make them say 'Bloody Hell! I bloody love this.' Out loud. Which is probably what I must have said in 2000 when this was first thrust into my hands. It resonated then (for all sorts of reasons) and it resonates now.

Steve's coming up soon. On a Friday, I think.


Richard Ashcroft: You On My Mind In My Sleep

'Ray boils at a different temperature'

Ray Davies and Dave Davies: the two patron saints of Muswell Hill. Any story about The Kinks could only ever be about the love hate relationship the two siblings from north London have had with each other for nigh on three score years and ten.

Setting it to music was always going to be a doddle (countless hit singles and albums on both sides of the Atlantic); hanging a story around it, maybe not so. 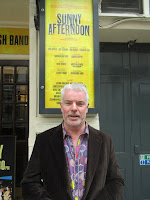 But Sunny Afternoon, which we caught last Saturday (the 2:30 matinee - I love matinees) at the Harold Pinter Theatre, pulled the whole working class oiks come good parable together quite brilliantly. A rags to glad rags story, you could say, and a sheer joy from start to finish. It played out, in a weird way, like a sort of Austin Powers meets Return to the Forbidden Planet. And the two young actors playing the battling brothers, Danny Horn and Oliver Hoare, were superb.

From power chords (You Really Got Me) to barbershop (a beautiful a cappella version of Days), via Waterloo Sunset (of course), much of it to a backdrop of dolly birds and hot pants (well, it was the sixties) this show, as they say, had it all. I feel a return visit coming on. 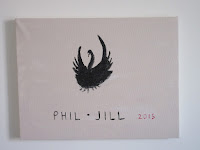 
Heidi can be found most evenings in The Black Swan, Pickering. Tell her I sent you.
Posted by John Medd on Monday, October 19, 2015 3 comments:
Labels: Heidi, The Black Swan Pickering 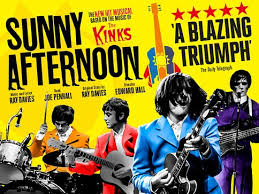 That's tomorrow sorted then: train into town, a couple of beers in the Nell Gwynne (just off The Strand), followed by a five minute walk to the Harold Pinter Theatre. Let's hope it really is a Sunny Afternoon. 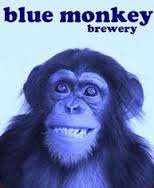 It was good to be back in Nottingham this weekend. Our friends we went back with seemed to like it too. I can't rule out a move back at some point; when the time's right.

In the meantime it was good to catch up with old friends and revisit some old haunts. Since we left five years ago (surely the fastest five years of my life) everything's changed and nothing's changed. You'll know the feeling if you ever go back to somewhere you called home for more than half of your life.

Because it was Beer Festival weekend we felt it was only right to not only show the newbies around the festival, but also that there are more decent pubs on one street in Nottingham (make that one side of one street) than in the whole of our little town: many of which are award winning establishments serving award winning beers.

And none finer than The Organ Grinder on Alfreton Road, home to the Blue Monkey Brewery - a modest out of town enterprise owned by Trevor Vickers selling a handful of barrels in 2008, now catapulted to a thriving business with a (mini) chain of establishments across the East Midlands and a classic portfolio of beers to boot. Trevor and his good lady were in on Saturday night and I remember telling him that, not for the first time, Guerrilla was my favourite beer at the festival (as it was last year). What's not to like about this beautiful stout with a chimp wearing a beret on the pump-clip ? He even humoured my friend by signing his beermat for him.

And we've also asked him to make contact with our local up here and see if we can't introduce a few Blue Monkeys into the wilds of North Yorkshire this winter. Where they'll soon turn to brass.
Posted by John Medd on Monday, October 12, 2015 No comments:
Labels: Beer, Blue Monkey Brewery, Nottingham

Kirstie discovers The Beatles in India 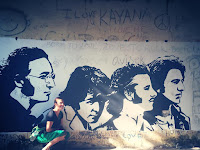 Inspired, obviously, by the print hanging in our living room, the lovely Kirstie is currently out in the subcontinent and has, bless her, travelled to the furthest foothills to find where The Fab 4 met the Maharishi. Kirstie, if on the off chance you're reading this, go back and ask the girl in the green skirt to take your photo! 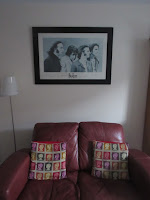 
Such is the reach of this humble blog, here's Kirstie back at The Beatles' Ashram. 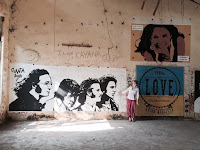 I'd had all month to write a new song ahead of last night's Songwriters Circle, but, not for the first time, I missed the deadline completely. Damn you Noel Gallagher - you say these songs are falling out of the sky waiting to be caught - why don't you start sending a few my way? I did, however, write a song straight off the bat when I got back. How perverse is that? It's called There's No Fool (Like An Old Fool) and was inspired by a line from my dad's recent postcard: he's just completed his first solo vacation in I don't know how many years following the recent death of my mother.

As missives go it was probably the most information packed script ever to fill the reverse side of a 7 x 5 picture of The Med. He missed his calling - he should've been a copywriter and no mistake. Or a stand in for Michael Palin.

Posted by John Medd on Tuesday, October 06, 2015 No comments:
Labels: Gordon Medd, There's no fool like an old fool

I hate to see you cry 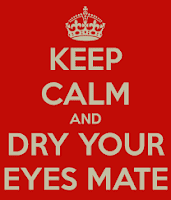 For reasons not entirely of my own making, the playlist in my car over recent weeks has comprised, seemingly, more than its fair share of tear jerkers: everything from Del Amitri's Driving With The Brakes On and Ben Kweller's Thirteen to Another Train by Pete Morton and I Can't Let Go Of Her Now by Justin Currie. All tunes that have featured in this blog at some time or other.

Something inside me stirs whenever I hear a minor chord and before I know it I'm reaching for the Kleenex. We had friends round recently who'd never heard Baz Lurhmann's life affirming Everyone's Free To Wear Sunscreen; when I pressed play I really had to bite my lip before doing a Mick Hucknall. It's unnerving how certain pieces of music can still creep up on me.

So, after today's offering from Alan Hull I should really try and make future selections more upbeat than down - more anthems and less dirges. But I can't promise. And, anyway, I love sad songs.


Alan Hull - I Hate To See You Cry