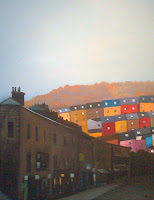 However, just because it caught me off guard doesn't mean that other people in the room weren't lapping it up. Apologies then to anyone who was offended by my heckling and sincere apologies to John Wardle if I was less than complimentary when we met after the gig.
Posted by John Medd on Sunday, March 25, 2012 4 comments:
Labels: Hebden Bridge, Jah Wobble, Keith Levene, Khurelbaatar

Only idiots smile all the time 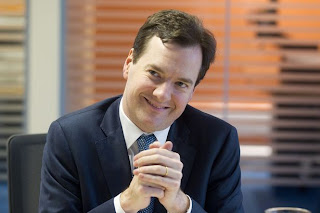 No caption required
Posted by John Medd on Thursday, March 22, 2012 2 comments:
Labels: He just doesn't get it 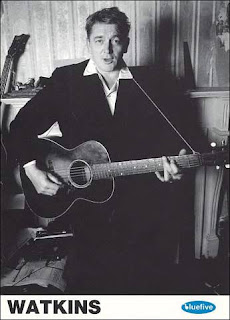 Before any leader goes to war, they first call upon the services of their Commander-in-Chief. And so it is when musical big hitters such as Macca, Van Morrison, Mark Knopfler or Nick Lowe embark on a world tour - they all hit Watkins on their speed dial: Geraint Watkins - singer, songwriter, multi-instrumentalist, arranger and one time Balham Alligator. Going on the road without Watkins would be like taking a knife to a gun fight; there really isn't a better piano or accordion player on the live circuit.

I bumped into Watkins the other day: he was trying to locate the stage door at the Harrogate Theatre - he was playing with Nick Lowe as part of The Old Magic tour.  Dressed like he'd come to read the meter, he was running late: 'Sound check's at 5 o'clock' he said in his dulcet welsh tones 'and I can't find the way in.' We walked around the back of the venue and stumbled upon (aptly) the tradesman's entrance - through which he went in search of Basher. 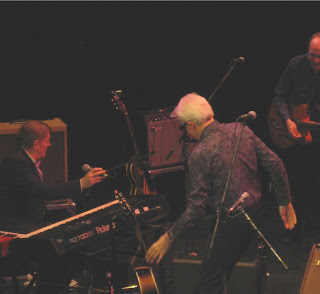 Three hours later, show-time, and you wouldn't have recognised him; suited and booted and he'd put a comb through his hair. These days not only is Watkins part of Nick Lowe's crack house band, but he also opens for him. A thirty minute master class in everything from stride and boogie woogie to good old fashioned rock 'n' roll: Mystery Train never sounded so urgent - a runaway train, if you will. Other prime cuts included Soldier Of Love, Chagrin and Unto You - the latter two reflecting Watkins' French and Cajun influences.

With just enough time to down a beer and whisky chaser, he's back on stage for the main event. Nick Lowe needs no introduction on this humble blog. Suffice it to say he rattled through songs new and old with his trademark self deprecating inter-song banter. The set is seamless; material off the new long player - Stoplight Roses, House For Sale and 'Til The Real Thing Comes Along mesh perfectly with Heart, Without Love,  I Live On A Battlefield et al.

By the time of the second encore, Watkins takes centre stage again; this time with Lowe backing him. Only A Rose would be the sort of tune Sinatra would cover if he was still with us. Yes, it really is that good.

My last pop star in an airport, wearing a topper, without his entourage

The final photograph in the series (3/3) 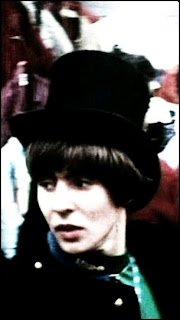 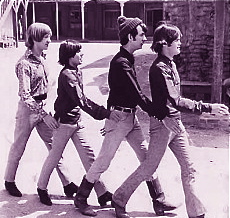 The passing of a Monkee will never grab the headlines in quite the same way as the demise of a Beatle; John and George put world news on hold when they bowed out. Macca, when his time comes, will probably dominate every front page, TV station and website for days on end. But Davy Jones, whilst not quite an 'And finally', barely came above England's woeful display against Holland in the headline stakes.


And for all the 'Prefab 4' nonsense, his appearances on Coronation Street and starring in Oliver, nobody who said he'd caught The Last Train To Clarksville mentioned the fact that he once covered a Wreckless Eric song. And a bloody good one at that: