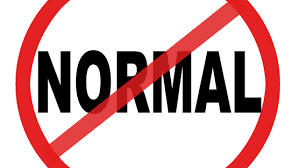 
Time was against me in the run up to Christmas, that and the fact that Are We There Yet? has been experiencing some technical glitches of late; long story short, I've been struggling to: a. post new content, and b. reply to any comments left in the last week or so. Also, it would appear that some of you have been ringing my doorbell and, despite the lights being on, nobody has been coming to the front door. What can I say? I've not been ignoring you. Honestly - cross my heart and hope to die.
So, my Number One tech guy (and son) is coming over today not just to wish me a Happy Birthday, but also to take a look under the website's hood and see what the fuck's going on.

Anyway, the above preamble is really only my cack-handed way of thanking all those kind souls who took the 2019 bus to Medd Town, trudged up Medd Hill - rain or shine - and came to say hello. I  really appreciate it, and hope you all had a FAB Christmas. And I wish each and everyone of you an equally FAB New Year. Hope springs eternal.

Normal service will be resumed ASAP, I promise. Whatever normal is. 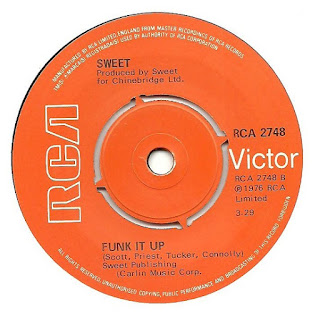 It was the arse end of 1976. Disco was big. Arguably, funk was even bigger. The Sweet - best known then (and now, not a lot changes) for earlier glam anthems like Block Buster!, Ballroom Blitz and Hellraiser - were in the wilderness and looking for a new direction. Aren't we all.

Inevitably, the new direction was no more than a wrong turn down a dead end street. They soon did a u-ey, came back and stuck to what they were good at. But not before they recorded something of a cult classic. Shortly after its release it was being played in hip New York clubs. Not rock clubs; clubs with red velvet ropes, mirror balls and everything. 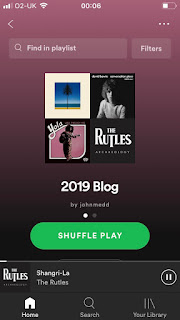 It's that time of year when I would normally be thinking of knocking out a few Best of 2019 CD compilations and bunging 'em in Christmas cards. But as this Crimbo will be even more low key than normal and, anyway, I wouldn't know how to condense the year into 20 or so songs, and the fact that this year's card list would probably fit on the back of a second class stamp, I've gone all modern - crikey, it's a Spotify playlist! Next Christmas I'll just lock the coordinates in and teleport myself straight into your living room brandishing a card. On second thoughts...

Click on the link below and enjoy 100+ songs in the comfort of your own ears.

I made a Spotify playlist of all the music featured this year in my blog - ‘Are We There Yet?’

Not sure if I'll get around to compiling an end of year roundup this year (Johnson et al have taken the wind out of my sails somewhat, I don't mind telling you). But if I do, then, once again, RTÉ Radio 1 will surely be in the running to grab an award or two; not least for the excellent John Creedon show which goes out every weekday evening from 8pm - 10pm, regular as clockwork.

John played this beauty by Peter Moore tonight. Every town, every city has an O'Connell Street; the street where it all kicks off an a Friday and Saturday night. I absolutely love this - imagine, if you will,  ZZ Top jumping up on stage with the Pogues...

Cunts are Still Running the World 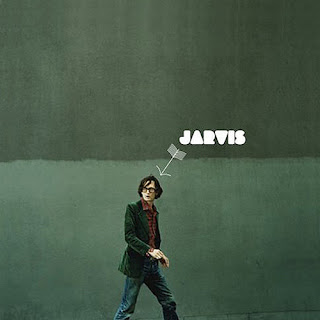 Yesterday was tough; waking up and realising it hadn't all been a bad dream. I could use this platform to have a rant, vent my spleen, tell the country they've been fucked over - again. But I won't, it's not that kinda place. Anyway, you know how I'm feeling, because you're probably feeling the same way too.
At a time when good news is pretty thin on the ground, take comfort in the fact that the Greens increased their share of the vote more than any other party, and gained 200,000 more votes than the Brexit Party. Take good news wherever you can get it; in a political landscape where, I'm afraid, cunts are still running the world.

Wouldn't you just love this to be #1 at Christmas?
Posted by John Medd on Saturday, December 14, 2019 7 comments:
Labels: Boris Johnson is a cunt, Cunts, Jarvis Cocker

Couldn't Get it Right 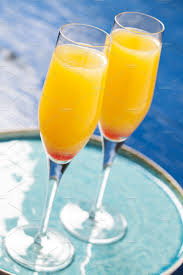 There sits amongst my (many) playlists quite a few given over to cover versions. It's well documented around here that the quirkier the cover, the better. No shit, Sherlock. Bring something new to the table, don't just slavishly replicate the original; think Devo, think (I Can't Get No) Satisfaction - in the words of Punch (or was it Judy), "That's the way to do it."

In 1999 when the Fun Lovin' Criminals went into full-on lounge mode and threw together a selection of their own stuff - slowed down considerably - and a couple of covers, the resulting album, Mimosa, pressed all my buttons. That said, their version of Couldn't Get it Right, perversely, barely strays from the furrow ploughed by the Climax Blues Band 20+ years earlier. But, what are rules for if not to be tossed aside and put in the garbage? 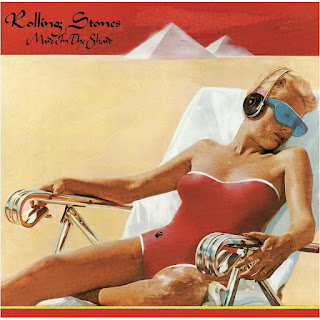 Made in the Shade was one of the Rolling Stones' first attempts at putting out a Best Of; though in all honesty it was more of a So Far - the Stones in a holding pattern; condensing Sticky Fingers, Exile on Main St., Goats Head Soup and It's Only Rock 'n' Roll, it drew a line under the Mick Taylor era, giving the band time to woo his replacement, Ronnie Wood. Taylor, as I've said here numerous times, was way too good for Mick and Keith. And, anyway, leaving the band probably saved his life: he wasn't as tough as Keef, yet still tried to take as many illegal substances as his indestructible employer.

The origin of the album's artwork has always ben shrouded in mystery. However, the cover of the Laid in the Shade bootleg kinda gives the game away. 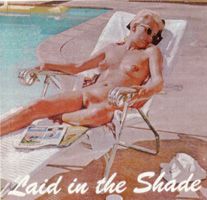 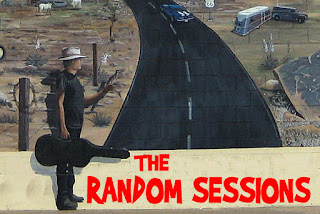 I've been chronicled. It was all very painless, I can assure you. Let me explain - over the last couple of years filmmaker Steve Oliver has been chronicling local musicians for an online series of short films he puts up on Youtube under the banner The Random Sessions. Shot in one of Nottingham's finest watering holes the format couldn't be simpler: three tunes (two originals and a cover), a couple of beers and a bit of inter-song chit chat and, hey, before you know it, Episode 89 was in the can. A big thank you to Steve - it was great fun to do. 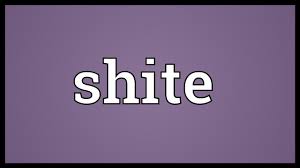 When Thin Lizzy were recording their 1976 album Johnny the Fox, their head honcho Phil Lynott had been working on a new song: it was a stripped down, bluesy affair that spoke of broken hearts and romantic deceit. The tempo of the song suggested it was probably best heard at three in the morning wafting from a smokey subterranean speakeasy.
However, Brian Robertson, the band's young hotshot lead guitarist at the time, heard it and told Lynott in no uncertain terms he thought it was shite. Lynott was crushed and left the sessions, not returning till a several days later. In which time Robertson had written a new riff to it and speeded it up by a factor of 3X.

I still prefer the original arrangement - featured here with Gary Moore, it's from a 1979 episode of the Whistle Test and Moore's instrument looks it's about to be read its last rites. No matter, even with the five remaining strings he gives the rest of the band* a guitar masterclass.


* Billed as Gary Moore and Friends, of the five musicians on stage only two of them are still the right side of the grass