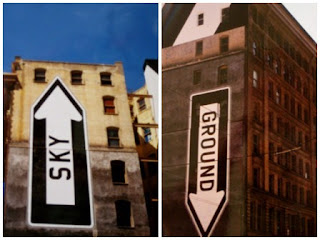 A lot of column inches been given over to the highly influential San Francisco music scene of the late 60s and early 70s. Bands like The Grateful Dead and Jefferson Airplane rode a psychedelic wave that would transport them seamlessly from one decade into the next. Others struggled: Fifty Foot Hose and The Chocolate Watch Band might have been tearing up trees in the Fillmore district at the same time as Jerry Garcia, but ran out of gas before they could show their full potential. Likewise the rather aptly named Sky Ground (left) could regularly be seen on the bill at The Bear's Lair, Cinnamon A-Go-Go, Mandrake's and Sugar Hill. Fronted by Phil 'Parsley' Woodlands (originally from Leeds by all accounts) and Berkeley resident Dill Dilbert they never found an audience outside of the Bay Area and sadly folded in 1973. Woodlands and Dilbert did, however, record an EP in the back of a Cantonese restaurant on the corner of Mission & Third a mere two weeks before they disbanded: One Tree was pressed on blue vinyl in a limited run of only 250 - one of the reasons why copies often exchange hands for hundreds of dollars. That and the fact that Carlos Santana plays on it.
Posted by John Medd on Monday, August 05, 2013
Labels: Carlos Santana, Chocolate Watch Band, Deadheads, Fillmore, Jerry Garcia, Leeds, One Tree, Phil Friend, PP Woodlands, Rigo 95, San Francisco, Santana, Sky Ground, The Grateful Dead