A hill of beaNZ 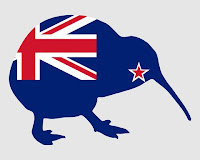 Uprooting your family and moving to the other side of the world is not for the feint hearted. It takes fortitude. And lots of it; leaving friends, close relatives and those you love behind would, I'm sure, test anyone's mettle. I don't think I could do it. No, let me rephrase that: I know I couldn't do it. But that's precisely what our friends did just after the millennium. They circumnavigated the globe and pitched up in a country they'd only ever seen in National Geographic magazine and television documentaries. They had no friends or family in Australasia - they'd never set foot there. A mere detail. They liked the look of it; they liked the possibilities it presented. So they made the 12,000 mile journey and New Zealand's North Island became their new home. Twelve years later and now residing on the South Island they came back last week on one of their infrequent jaunts to the UK.

Despite numerous invitations we've still not seen them in their new hemisphere. So I'm forever quizzing them about life on the other side: Climate, population, economy, petrol prices, beer - all the usual stuff. And, fair play, they humour me; they know that by the time we finally do acquese they'll have started their next new adventure across the Tasman Sea in Oz. 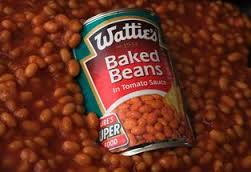 But the main thing I've learned about life down under is far more profound than I could possibly have envisaged. Earthquakes, Maoris, Milford Sound, volcanoes and basking sharks are all well and good but, when it comes to buying tins of baked beans in the local supermarket, they don't drop Heinz in their shopping basket. It's Wattie's. I know, you can't get your head round it can you?