His name was always Buddy

Be in no doubt, I do not want to pull the shutters down on 'Are We There Yet?', but as you can see here, the glitches at New Blogger haven't gone away - and they probably never will. The last drop of gas in my tank will probably take me to sometime in September, after which they turn the Legacy Blogger life support off and it's, well, Goodnight Vienna.
As you know, much of my output over the last 10 years has comprised pieces littered with hyper-links, photographs and imported videos, and generally having fun with fonts, layouts and colours: all tasks which were once easy (HTML code made it so), but now rendered overly time consuming if not virtually impossible. And, as you'll have read in the above link, HTML has been consigned to the glue factory.
For me to continue I can either pack up my things and move to Wordpress. Or throw myself in the Trent; non-starters both. Or I stay here and become a more essay based site (Jack Nicholson in One Flew Over the Cuckoo's Nest, anyone?), but if I'd wanted to do that I'd be in that market already. And I'm not. Nor do I particularly want to be. Aaaaagh! 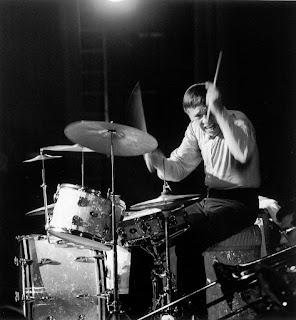 Buddy Rich was a great drummer, but not a very nice person. He would sack members of his band for growing beards, be abusive to fellow band leaders and was genuinely hostile to anyone who had the audacity to ask him for his autograph. And what he had to say about country and, indeed, rock music really isn't fit to print.
His daughter had a good voice though. Here is Cathy - aged just 13 - with her father.
I was able to download and share this video in seconds flat - just one of the many reasons why I love the immediacy of blogging. It suits how I think; it suits how I write. Or at least it did.