What the Future Holds? 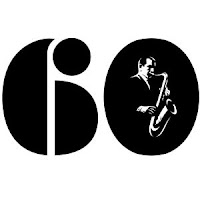 Ronnie Scott's was meant to be reopening tonight; the legendary Soho jazz club of 60 years standing was scheduled to open its doors for the first time since March - albeit with 50% reduced capacity and the by now ubiquitous strict social distancing.
However, it wasn't to be. The plug got pulled at 9.16pm on Thursday night (as did a lot of things) in a cowardly tweet from our inept and grossly corrupt government.

I am a huge fan of Ian Shaw* and it was from watching him and Claire Martin play a behind closed doors** gig at Ronnie's last week that I got wind of the reopening. Ian - and Claire too - have been regulars at the club for such a long time I'm surprised they don't live in the window, Bagpuss style. This is Ian with a self penned song from his excellent Theory of Joy album.


* So much more than a jazzer -  Ian is an award winning singer, songwriter, pianist, comedian and actor. He even makes Drum and Bass records - proof, if proof were needed.

** The whole gig is here. If you've got an hour to kill this weekend I can't recommend it highly enough: two artists at the peak of their powers.

Talking about brothers, mine has really been through the wringer of late. But some good news came through yesterday. This is for him.
Posted by John Medd on Saturday, August 01, 2020
Labels: Claire Martin, Ian Shaw, Ronnie Scott's