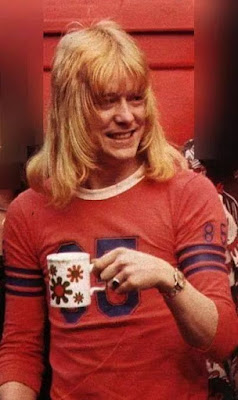 I've just re-read Block Buster! by Dave Thompson. As the title would indicate, it's the definitive biography of glam rockers the Sweet; nothing to do with the chain of video shops.

Their rise to teenybopper stardom - and Top of the Pops ubiquity - followed later by (begrudging, often) critical acclaim was far from overnight; yet their demise was comparable with the speed with which Laurel and Hardy's piano came hurtling down those steps in the film 'Music Box'. Though, as you can imagine, not half as funny.

And the reason why they fell from grace with such indecent haste? Two words: Brian Connolly. Sorry, make that three words: Brian Connolly's drinking. In 1974 after releasing Sweet Fanny Adams and being invited by Pete Townshend to support the Who at Charlton Athletic football ground and play in front of 60,000 fans, Connolly went on a bender. A proper bender. Not for the first time he then got into a fight and was badly beaten up, suffering critical bruising to his throat (they really did kick his head in). As a result the tour to support the album (the album that should have been flying off the shelves) was pulled, as was their chance to play in front of the biggest crowd of their career supporting their heroes. The rest of the band weren't happy; to say the least. They seriously considered playing Charlton as a three piece; they even considered getting a replacement for Connolly. But they gave their friend another chance. 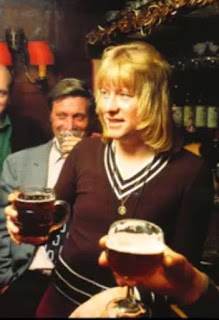 Fast forward a couple of years and, after an 18 month lay off from touring, the band sought solace at the Château recording studio on the outskirts of Paris. Armed with a shedload of new songs they recorded their most coherent album to date: In early 1978 Level Headed was promoted massively in the States where they were embarking on a massive tour with hopes of finally 'cracking America'.  With the album's lead single Love is Like Oxygen picking up airplay it was all set fair. However, Connolly's love of the bottle scuppered the band yet again. By now bloated and out of shape (physically and vocally) he was turning up pissed at most of the shows and the tour soon descended into farce. The record company pulled the plug on the remaining dates and the band were flown home in disgrace.

Connolly was kicked out of the band the following year. And with him went any last vestiges of future aspirations the band may have had. The remaining trio of Andy Scott, Steve Priest and Mick Tucker limped on with three wheels on their wagon till the Cherokees finally caught up with them in 1981. Game over.

When Andy Scott wrote Love is Like Oxygen it was no secret that he was a huge fan of Hall & Oates. Steve Priest alleges that Scott ripped off their 1975 track Grounds for Separation when writing his lyrics three years later. Scott will no doubt tell you different. The bridge Andy Scott may or may not have liberated comes in at 1:20. I'll let you decide.