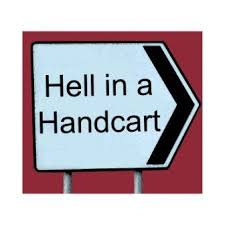 On this day in MMX a blog was born.
My blog. Everyone seemed to be writing one at the time, so I thought why not me?
Back in 2010 my collection of randomly scribbled notes - then called 'Even Monkeys Fall Out Of Trees' - was set against a backdrop to a world where Prime Ministers were honourable, beer was ten bob a pint and nobody bothered locking their front doors.

Or that's how it appeared at the time.


Fast forward to MMXX and contrast the above to a world where all the familiar and reassuring signposts - pointing to hope, optimism and sunlit uplands - have been taken down and replaced with, well, precisely nothing. Nobody knows where we're going (certainly not the cunt presently occupying 10 Downing Street), or how; though Hell and handcart spring to mind. Who knew just a decade earlier that we'd be incrementally sleep walking into a dystopian nightmare? A nightmare we seem destined never to wake up from.

In other news, I'm thinking of getting a new kitten.

A huge thank you to all the waifs and strays who have swung by in the last 10 years - I couldn't, as they say, have done any of this without your continued support and friendship (whether from the sidelines or in 'real life'*).

* That said, there are still two people who I really do need to see in the flesh this year - they know who they are.
Posted by John Medd on Saturday, February 15, 2020
Labels: 2010, Alyson, Boris Johnson is a cunt, C