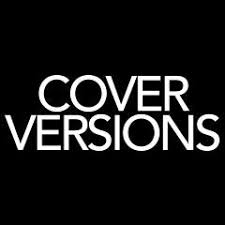 Hands up if been in lockdown has caused your creative juices to flow? Thought so. With the exception of a couple of friends who are really flying (one of whom is something of a loner at the best of times so has barely noticed the change), this forced incarceration hasn't really kickstarted anyone I know into a frenzy of artistic discovery.
Speaking personally I can't remember the last time I wrote a new song (one that I'd call a keeper, anyway), though that doesn't mean I won't find the right words to hang around the right tune at some point - but I'm not putting any timescale on it; it doesn't work like that for me.
Instead, I'm quite content to borrow from others and learn a couple of covers instead. And it's not as if I've got anywhere to play them at the moment; though maybe a couple of outdoor opportunities may present themselves in the not too distant - we'll just have to wait and see.

So, in no particular order, here are two songs that appeal to me and my pop sensibilities; that and the fact that they're really simple chords and I've been able to arrange them in a key I can sing them in!

I love mavericks; which is why I have a lot of time for Harry Nilsson. Never one to play by the rules - like his good friend John Lennon - Nilsson had many songwriting styles that covered film and TV soundtracks (most notably 'The Point' - later a stage show), personal songs with, ahem, forthright lyrics ('You're Breakin' My Heart' - a damning indictment on his failed second marriage). And he had a good ear for a cover: he recorded an album of Randy Newman songs in 1970 and, of course, 'Without You' - his signature tune written by Pete Ham and Tom Evans of Badfinger. It first appeared on his album Nilsson Schmilsson in 1971 and, when lifted as a single in the December, went to Number One all over the world in early '72. Paul McCartney once said Without You was the killer song of all time. It's a point of view, Paul. Though I prefer this self penned ditty taken from his follow up album Son of Schmilsson.

I wrote briefly about Henry Pristman a few weeks ago. Henry was - and indeed still is - a key player in Liverpool's illustrious musical history, as was recently demonstrated on his recent appearance on David Hepworth and Mark Ellen's A Word in Your Attic. His chunky playing CV includes Yachts, It's Immaterial and the Christians, as well as production and writing duties for many others including artists as diverse as Graham Gouldman and Mark Owen. I'd love to do a Q&A with him for this blog, so hopefully that's something that could happen later in the year; I guess it depends if he hears my version of this beautiful song which appeared on his solo album The Chronicles of Modern Life - my second lockdown cover.