Boogie with a Suitcase 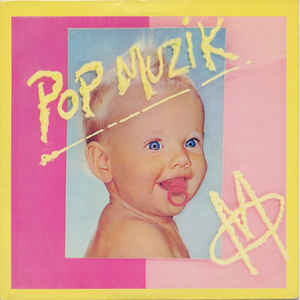 I bumped into my friend David yesterday. He was striding towards me wearing a resplendent salmon pink shirt and a rather smart pair of headphones. 'What ya listening to?' I enquired. 'M's first album*' he replied. 'Ah, the one with Pop Muzik on it' I said; though a bit like listing the handful of men who have walked on the moon, we all struggle after Neil Armstrong. 'That's right' he said, 'the first single I bought.' After a couple of  further pleasantries and just before we went our separate ways I asked David if he wouldn't mind telling me in a 100 or so words what he liked about Pop Muzik. 'Leave it with me' he said, before heading up Mansfield Road. This dropped in my inbox last night:

"I was quite mature, musically, for a nine-year-old. Having three older brothers who would not tolerate any teeny-bopper rubbish, the first time I heard Pop Muzik by M it seemed a little frivolous and silly. Yet the more I heard it, the more I liked it. It's got a pounding electronic dance riff behind the commercialist iconography. Ironically, I think it was their performance on Cheggers Plays Pop that convinced me I needed to acquire this little piece of pop history. And so began a growing early record collection that me and my primary school friends could listen to and swap, and progress towards the 1980s… "