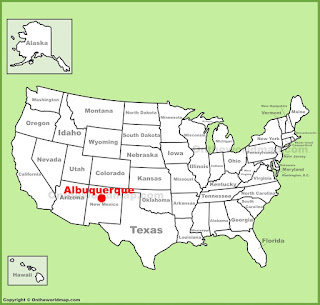 Albuquerque is the most populated city in New Mexico; though not the capital - that accolade belongs to Santa Fe. You probably know it as the backdrop for Breaking Bad and its spin-off Better Call Saul. Or, if hot air ballooning is your thing, you'll be aware that the International Balloon Fiesta is held in ABQ every year. No? Then maybe, just maybe, if you're of a certain vintage, you might know it as the title of the best Neil Diamond song Neil Diamond neither wrote, nor sung.

Point Me in the Direction of Albuquerque was written by jobbing songwriter Tony Romeo (1938-1995) who gave this slice of seventies musical chutzpah to Keith Partridge and his mother, aka David Cassidy and Shirley Jones for their monster hit TV show. Come on, get happy. That's an order.


The Partridge Family: (Point Me in the Direction of) Albuquerque - 1972