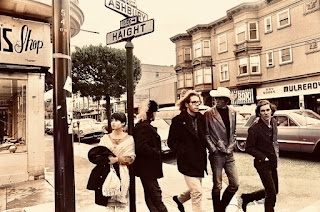 Regrets; I've had a few. But then again, too few to mention. Alright, here's one: I never got to see Joe Sample (see this from yesterday). Although I did catch the Jazz Crusaders live with Wayne Henderson and Wilton Felder in the early 90s (I remember they were introduced on stage by George Melly), neither Sample or original Crusaders drummer Stix Hooper were part of the lineup at the time. And with Sample, Henderson and Felder now all the wrong side of the grass - any thoughts of a Crusaders reunion obviously died with them.

Sample had a varied musical life outside of the Crusaders and played with the great and the good; not least Steely Dan and Joni Mitchell - you'll find him on both Aja and The Hissing of Summer Lawns. I can think of worse albums to have on your resumé.

Today, however, I've gone for a nailed on jazz classic he put out in the mid-90s. It's textbook Sample. Fill yer boots. 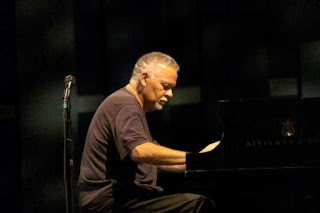