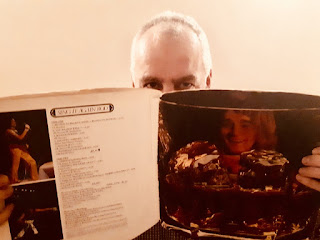 It's back. Swedey McSwedeface - the series I nicked shamelessly from my good friend The Swede - makes a welcome return. And who better to kick things off than Raymond Murray. Ray is my older (and, some would say, wiser) cousin who, among many other life skills, has been known to drink a pint of Guinness in less than two gulps whilst simultaneously whistling Danny Boy. Added to which, his chart knowledge covering the period 1971 to 1975 is simply unparalleled. Quite apt then that the first album Ray bought with his own corn was released slap bang in the middle of the above mentioned 'golden era'. In your own words, Ray... 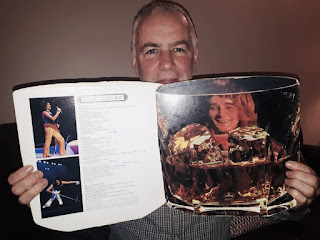 The title immediately reveals my first album purchase as a compilation. That was a tactic of mine in the cash strapped, limited pocket money era of the 1970s. Splashing out the best part of two quid needed a guaranteed return. In 1973 none of us could have imagined just how often and for how long Rod would indeed sing it again.
Mandolin Wind, Reason to Believe, and Handbags and Gladrags contribute to a magnificent Side 1, with Bernie Taupin's Country Comfort a worthwhile addition. But my generation just can't get away from Maggie May as quintessential Rod - superb lyrically and an early challenger for Song of the 70s.
Side 2 was almost obliged to be less spectacular, and so it proved. All things considered though I reckon it was £1.99 well spent.