I know how she feels 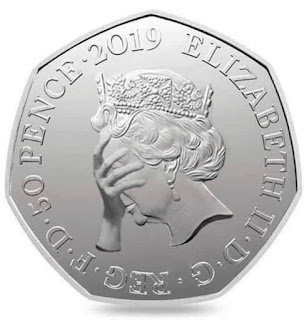 It's not going so great, is it? Johnson's only been in charge five minutes and already the Irish (both lots), the Scots and the Welsh are threatening to dissolve the Union. So much for those promised sunlit uplands. Stop the world I want to get off.

It will only be when the country is brought to its very knees and begs to come back into the EU fold that the leavers will finally wake up to the fact that, actually, what we have now is not so bad. It's workable. We trade with Europe; we trade with the rest of the world. And they trade with us. Frictionlessly. Everybody wins.

But come October 31st it's gonna be a cold wind that blows across the Channel and into the dystopian badlands of a once great Britain. Our just in time procurement chain will last seven days before essential supplies run out. Queues at the forecourt and fighting on the streets. And that's just for starters. It'll be like an episode of Survivors - that post apocalyptic drama from the 70s, only for real.

Or will it? All I know is, I've got a bad feeling about this. And it's not going away.