After the Savoy Truffle 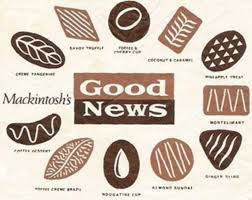 It's common knowledge that George Harrison cribbed the lyrics from a Good News chocolate box he saw round at Eric Clapton's gaff one day. Clapton was still doing a lot of heroin at the time and, coming down, allegedly, he'd regularly eat an entire box of chocolates in one sitting. Even the Savoy Truffle.

Probably less well documented is how much of an influence on Harrison an EP put out by Lulu two years before the White Album was. The title track, Chocolate Ice (written by Mike Leander - Gary Glitter's scribe), bears more than a passing resemblance to Harrison's effort. Judge for yourself.


Instead of going with the Fabs, I've decided to play you the Analogues' version. The Analogues play Beatles tunes live. Nothing new there, I hear you say. True, but this bunch of Dutch musicians have taken the reproduction of Beatles music to a whole new level. Recreating every note of an alabum - in sequence - with period instruments (often with strings and horns) and with fastidious attention to detail, they really are the business. When they play Maxwell's Silver Hammer, for instance, they even bring an anvil up on stage. I particularly like the songs that not only the Beatles didn't play live (i.e. everything after '66), but also the ones Macca can't be arsed with when he tours; check out Your Mother Should Know from the Magical Mystery Tour EP. You'll be amazed. Truly amazed.