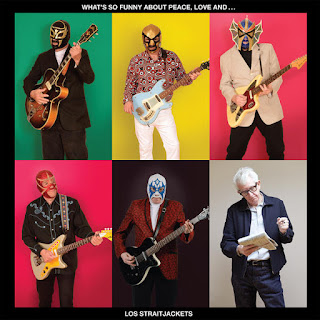 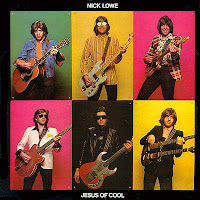 Backed by a band comprising a bunch of Kendo Nagaski lookalikes, Nick Lowe has found his second wind; it may even be his third. Los Straitjackets, the surf instrumentalists who all wear designer Mexican wrestling masks on stage, have given Lowe a springboard to getting his tunes in front of a whole new audience. The Straitjackets are, seemingly, still riding the Pulp Fiction wave that saw the likes of Dick Dale & The Deltones appearing on uber cool Tarantino soundtracks back in the late nineties. And it's a two way carretera - they've now recorded a bunch of Lowe's songs, bastardised his Jesus of Cool artwork and are discovering Lowe's fans dig them too.

Here they all are in the Current 89.3 studio recording a track Lowe gave to Elvis Costello in the late seventies. It's now been given a Mexican twist, loads of reverb and even a bit of tremolo. What's not to like? Apart from the fact that Lowe is sharing a room with a group of masked men, that is.


A little easier on the eye, maybe, is this live clip of Los Straitjackets live on stage with 'The World Famous Pontani Sisters' - burlesque for the surf generation?