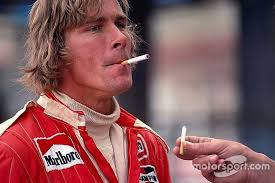 It's Sunday. A day of rest. You might go to church. Or temple. You might clean the car. You might even mow the lawn. For what it's worth I'm a lapsed Catholic, I take the wheels to the car wash down the road apiece and I let my next door neighbour cut what little grass we have 'as it's no bother' to him. Thank you Sat.

Sunday is also the day when British Rail decide to do their 'engineering' works. This will inevitably mean the network operates a reduced service, resulting in (even) slower trains and, worse still, no porters to carry your matching luggage from carriage to cab. Hang on a minute, about those porters... 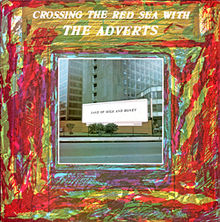 This little outpost on the digital network has had some minor engineering works of its own carried out today. Hopefully, without any disruption whatsoever. Can you see what's been going on? This question doesn't have a right or wrong answer by the way. Because if you said 'yes', it means you can see the (subtle) advertising placed beneath each of my posts. If you had said 'no', then you probably haven't been offended by the serendipitous ads that, I think, are quite in-keeping with the look and, dare I say it, style of my blog.

Let me explain (whilst at the same time assure you that I have neither sold out or part exchanged my soul with the Devil*).

Even Monkeys Fall Out Of Trees has been going nearly eight years. Back in 2010 it started life as nothing more than a weekly diet of pop ephemera - stuff that had been cluttering my brain for far too long and needed expunging. Putting it 'out there' (in the nefarious world commonly known as social media) was cathartic. I enjoyed writing it (and still do, tremendously) and my 'readership' for want of a better word seemed to get it. And throughout its life it has transmogrified into a cross between a social & cultural documentary from the standpoint of a white middle class male of a certain age, and the ramblings of a mad man.
This is where you will find out who invented the Venn Diagram, what makes chips and curry sauce a meal of Kings and why the Sweet (and not the Beatles) were probably the best rock and roll band in the world.

My modest two up two down blog now gets just shy of 30,000 page views a month. Every month. Incredible isn't it? I think so anyway. And that was the thing that made me think (and I know I'm not the first blogger to think this, or the last) "Can I earn some pin money doing this and, at he same time, keep the look and feel of the blog and not piss my readers off?" 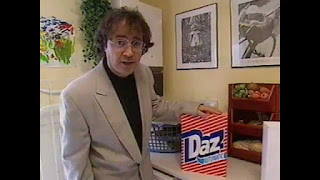 Of course it's way too early to begin to answer that question. The ads only went live at midnight.

What you will see, I think you'll agree, are ads that fit. So far I've seen ads for audiobooks, tee shirts and guitars. Stuff I have no problem with. I'm not selling arms, tobacco or cars here. Or washing powder. I'll leave that to Danny Baker, and James Hunt before him. These messages will, I'm hoping, slot in nicely - font, colours etc. with the rest of the blog. Tell me if I'm wrong, but I think it works. Whether or not I actually see any pounds, shillings and pence out of this is another thing. That would, quite literally, be a bonus.

I look forward to writing each and every post on tis blog like you wouldn't believe. The buzz of the blank screen suddenly filling up with words, my words, is just as big a thrill now as its always been. And that's because, nine times out of ten I write from the hip. Yes, there's an element of fact checking going on - I was a professional writer in another life - but, and I hope this comes across,  I try not to get too bogged down with timetables, regular features, and lists - content that can turn writing for pleasure into a chore. That said, nobody likes a list more than me. But I'm far more likely to present it like this, than in a chart rundown sort of way. Themes are great too, but as a lover of words, you're far more likely to encounter this sort of thing, than a bunch of misfit songs with a tenuous link. OK, I've done the odd tenuous link too, guilty as charged.

Will it last, I hear you cry. The blogs - definitely. This advertising malarkey - who knows? Will it make me a fortune? No, of course it won't. I've read testimonies from fellow bloggers who basically see two bob and a conker from it. But as I said earlier, money is not the driver here. And if at anytime the ads take over or distract from the main event, then, to paraphrase Jim Reeves, they'll have to go.