The boy with the coat hanger on his head 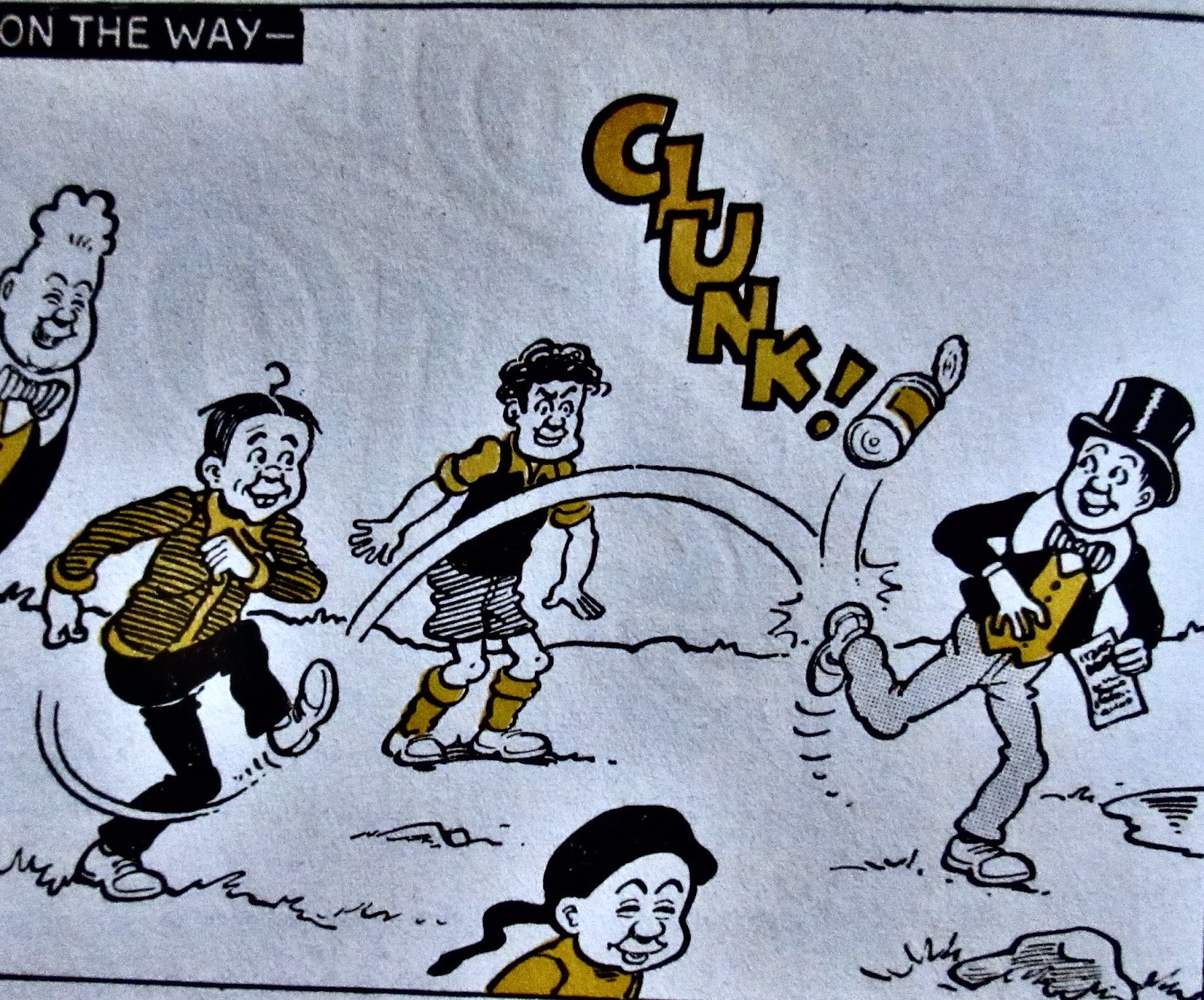 Lord Snooty is as old as the comic in which he resided. So if The Beano started life in 1938, and he was roughly ten years of age, I'd say Snooty must be well into his eighties by now. Same goes for coat hanger head. I think his name was Thomas and, so the story goes, he had his own spin off series in the forties. 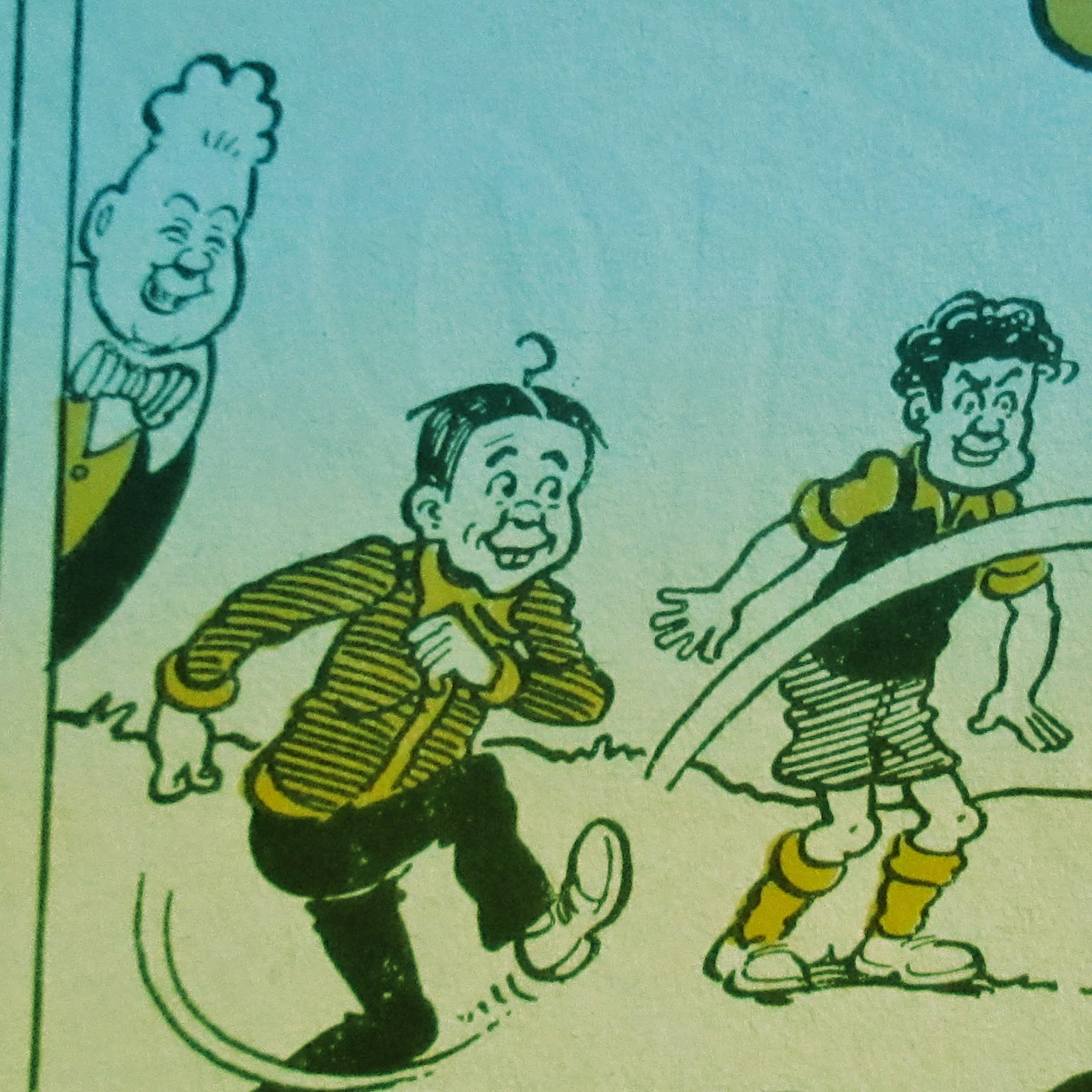 He's pictured here kicking a tin can around with the rest of the gang*. The sound it made, of course, was 'CLUNK!'. However, there's no footage of him heading it. Well, he couldn't, could he?


* The gang seemed to comprise a fat lad (there was always a fat lad in a gang), a pair of pyjama clad twins, a posh girl, a girl of colour and a Jack the Lad character who always had his sleeves rolled up. And, of course, our top hatted hero. As an avid reader I remember they all used to say 'Grrr!' quite a lot.
Posted by John Medd on Saturday, January 17, 2015
Labels: Lord Snooty, The Beano