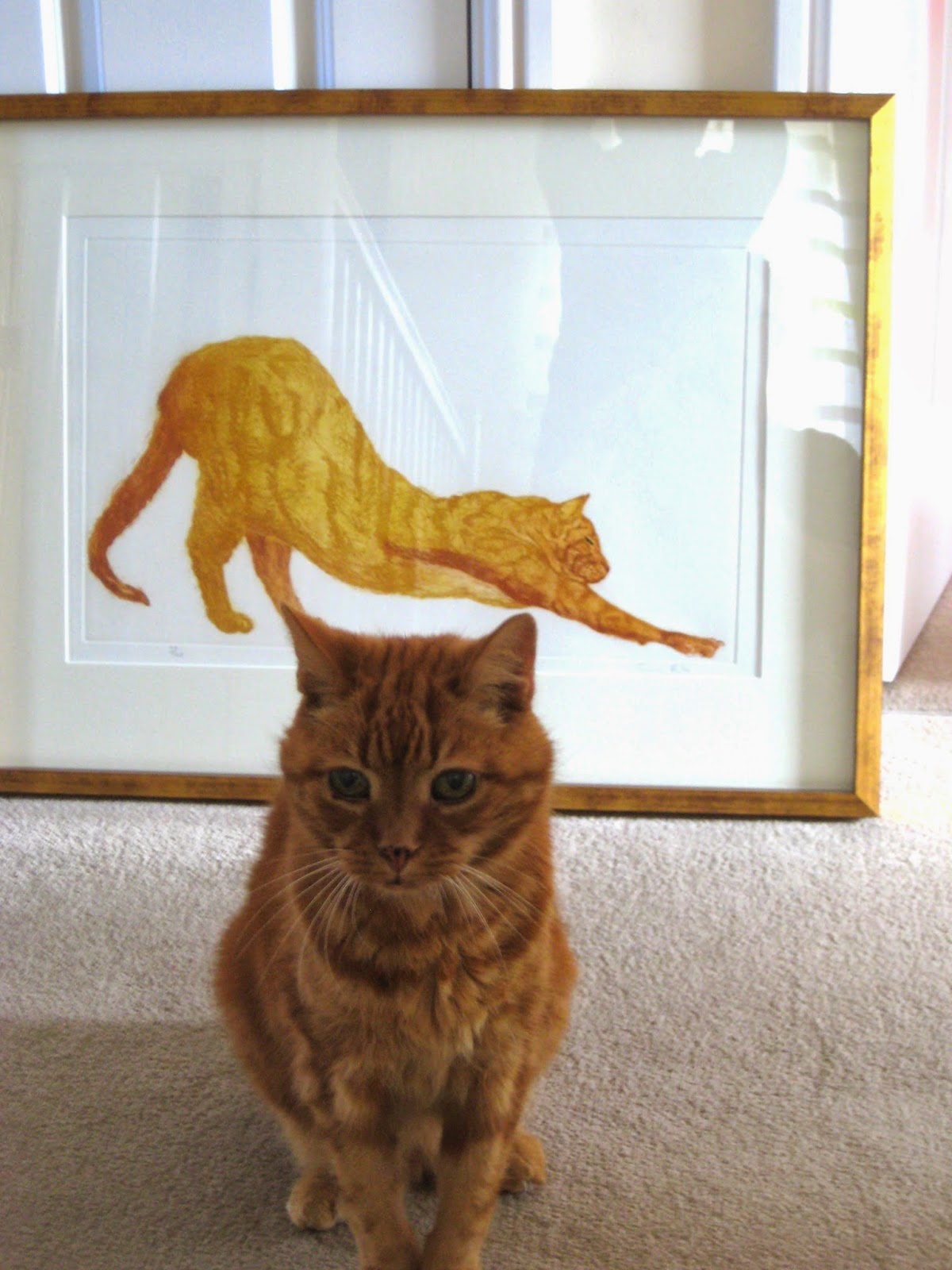 Tom was on hand at The Medd Gallery yesterday overseeing the hanging of his picture. As the title of Sonia Rollo's 'Lady Marmalade' etching would indicate, it's not actually him. But he does do that stretchy thing every morning when he wakes up.

Anyone wondering, like we were in the pub last night, just how many more ginger toms there are compared to their female counterparts - here's the answer and the science behind it.

We're going to see Martin Taylor next week at The Early Music Centre in York. We've seen him numerous times - he made my 50 odd gigs recently. Here he is performing Ginger with fellow stalwart Martin Simpson.