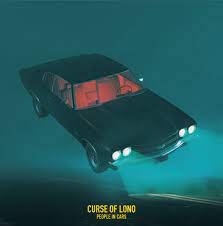 Felix Bechtolsheimer is Curse of Lono. He writes and sings the kind of songs I like. I only know this because the last remaining music magazine I subscribe to dropped on the doormat over the weekend and, within its covers, was a full page ad for an album called People in Cars by the aforementioned Curse of Lono. I had absolutely no idea what he/they/it sounded like; but I knew from the album cover alone that I would love it (who said you can't judge a book by its cover?). And so it came to pass; after listening to it twice on the bounce initially and a further couple of times it is now, as I write this late on Tuesday night, lodged squarely in my brain. (Don't you just love it when that happens?) This is the new single.
Curse of Lono - Think I'm Alright Now (2021)
Posted by John Medd on Wednesday, December 01, 2021
Labels: Curse of Lono, Shindig