Can You Make This Thing Go Any Faster? 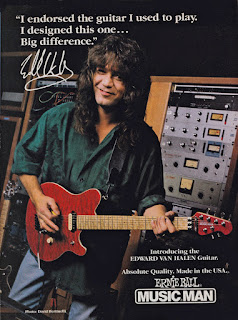 We lost another one of our own this week. I think it's safe to say that Eddie Van Halen was the guitarist's guitarist. We were talking about him in the pub last night and my friend Richard said he always played with a smile on his face. Not something many guitar players do; think of any guitarist off the top of your head and you can almost see them grimacing as they squeeze out another tired solo. Not Eddie. Rest easy, my friend.

And how many guitarists sound even better when you speed them up 2X? Even 3X? I can only think of one: