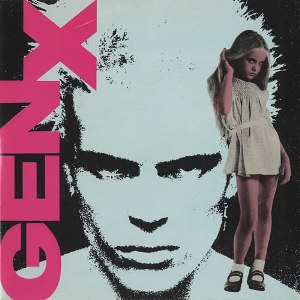 The ultimate social distancing song? Well that's easy, innit? When Billy Idol and Tony James visited Tokyo in 1979 they went to a couple of clubs where they saw kids dancing on their own in front of a bank of mirrors. On the plane back to the UK James scribbled a few lyrics down and Idol, once back in London, hung a tune around them (it was always that way around).

There were to be several versions of Dancing With Myself; the original demo featuring Generation X guitarist Bob Derwood Andrews - that never saw the light of day for 20 years as the band broke up the minute Derwood unplugged his amp. Idol and James then licked their wounds and regrouped (literally) - as Gen X - bringing in a raft of session guitar players including ex-Pistol Steve Jones. But they too split up - only two months after the finished version made its way on to their Kiss Me Deadly album released in January 1981.

And then Billy took it to America where he faded all the guitars and instead cranked up the percussion - turning it, you've guessed it, into a dance track. The song made him (with a little help from MTV) and he never looked back.

So which version have I gone with today? The answer is: none of the above. I hope you like it!