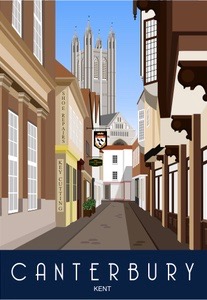 Tempting as it maybe to chip in with my two penneth about the demise of civilisation all around me, I think I'll stick to writing about music and musicians from the 1970s; which was kind of this blog's modus operandi in the first place. So, hard as it may be - forget Covid. Forget Brexit. Forget Johnson & Cummings. And forget Trump. Yeah, right.

Since returning from a relaxing few days away (my Easter break had been put on ice for six months) I've immersed myself in artists and bands collectively known as the Canterbury Scene. I'm sure many of you know its origins - if not, here's a quick overview. The roster of musicians and artists that came to prominence in this magical period (straddling the late 60s/early 70s) and the albums they churned out was prolific. And like most genres, and indeed sub-genres, there was the good, the bad and the ugly. But, you know what, even the bad and the ugly make for compelling listening. And some of the the stories that came out of 'the scene' are now legendary. For instance, when Robert Wyatt was kicked out of the Soft Machine (his own band), he formed a rival group straight away. He called them Matching Mole - a pun on machine molle - the French translation for Soft Machine. 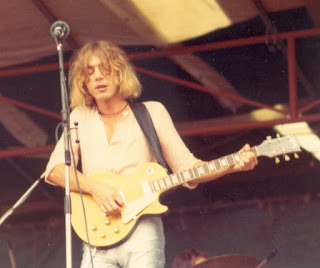 Which would lead you to think I'd plump for a Matching Mole track today. Well, as my mother used to say, you know what thought did.

No, instead I've gone for a beautiful song from one of the most influential musicians of all time. And if you don't believe me, this is what rock critic Nick Kent once said about him:


"Kevin Ayers and Syd Barrett were the two most important people in British pop music. Everything that came after came from them."