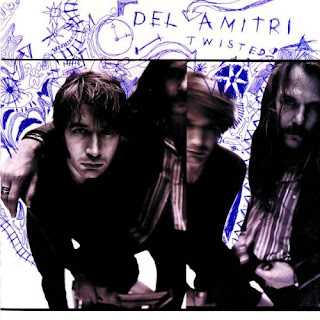 When Del Amitri released Twisted in 1995, Justin Currie rode shotgun with me in my Laguna for nigh on 50,000 miles: such was a. the sheer audacity of their (never bettered) album and b. the crazy mileage I covered in the year following its conversion to C90 and admittance to the Renault's tape deck. (Where it lived 'till I got beam ended one Friday night on the M1 at Leicester Forest East.)

Following the accident I never really played the album again. New set of wheels, new set of tunes - Dodgy had just released Free Peace Sweet, and I parted company with the Del boys.

And then, last weekend, I found this on Youtube: Justin Currie on his own - the other fella (the one who looked a bit like Lemmy) had gone, leaving our man alone on a stool singing such a beautiful song that it makes the hairs on the back of my neck stand up now - twenty years ago I'd be pulling the car over to have a little weep. In fact, thinking about it, that's exactly what I did do the first time I heard Driving With The Brakes On.