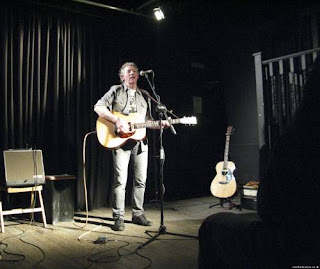 I feel honoured that Martin Heaton, award winning songwriter and stalwart of the local acoustic scene, is in the same Songwriters Circle as me. But whereas I may come up with a new song once in a blue moon, Martin, I'm convinced, writes songs in his sleep - such is his amassed output of blinding new material.

So, Martin, what music was in your house when you were growing up?

My dad played the piano a little - mainly Methodist hymns and, although he couldn't sing, he liked to listen to Paul Robeson 78s on the wind up gramophone. Mother was a very good singer and sang all day, every day - mainly traditional Scottish folk songs: my first memories are of me on her knee on the hearth by the fire waiting for the bread to rise as she sang The Skye Boat Song.

What was the first single you bought with your own money?

It had to be and was Bob Dylan's Blowin' in the Wind.

Can you remember your first gig?

At the age of thirteen or fourteen I was going to school youth clubs and every now and then they'd have a dance night: on these occasions one or two likely lads would be allowed to perform. I can remember singing Colours by Donovan - but I didn't get paid! That would come later when I'd sing with Joy, my older sister, at the local folk club.

Nail your colours to the mast - Rock & Roll, or Folk?

I'm a big fan of people like Chuck Berry, Bruce Springsteen, Richard Thompson, so, I guess I'll have to say Folk Rock.

How old would you have been when you first picked up a guitar?

About thirteen and it belonged to my sister's boyfriend. She loved folk music and always had a good guitar player on her arm. In fact, one of them took time out to show me a few chords and even sold me one of his old guitars: it was a 1957 Sovereign which I paid £3 for and still own to this day.

You write from the heart - is there a piece of you in all your songs?

I think a lot of my songs are about personal experiences. Although I try and avoid this, a lot of things that have happened in my life seem to have been quite significant in one way or another: that's when the autobiographical thing creeps in. I am, by nature, a very truthful and honest person, so to write or sing anything other than that would be wrong. So, yes, most of them have me in there somewhere.


What sort of venues do you prefer playing?

A cosy cellar bar with candles on the tables is ideal for me - you get instant feedback from the audience and they're good fun to play. But you can't beat the pure sweat and excitement of a 200+ venue or outdoor festival when you're opening for a big name. More CD sales, too!

I've never liked The Beatles* - I was brought up on Bob Dylan, Pete Seger and Joan Baez. But the Stones always figured large in my life. More exciting, more rebellious. 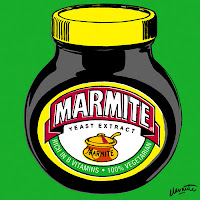 My Girl by Otis Redding.

Do you share your bag of sweets on a long train journey?

*A big thank you to Martin for taking the time. However, his bold faced admission that he never has and never will like The Beatles meant that this blog post very nearly ended up in the waste paper basket!
Posted by John Medd on Monday, August 17, 2015
Labels: Martin Heaton, Q&A, Ryedale Songwriters