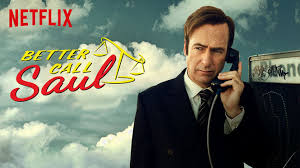 If I had to take an educated guess, a wild stab in the dark if you will, it's probably safe to say that a fairly high percentage of my readership is familiar with Breaking Bad. That being the case, I'm also assuming (a dangerous word, I know), that the majority of that demographic will also be acquainted with its delicious spin-off series Better Call Saul.

I won't spoil it for anyone who hasn't yet found Season 1 over on Netflix, other than to say it's every bit as good as its theme tune played by Nottingham band Little Barrie. Season 2 is promised for 2016. Man, that's gonna drag.