I think I'm looking forward to next week, but I can't be sure. I'm leaving the company I set up with my business partner in 1994. It's time to move on. Steve and I have shared an office for nearly seventeen years and in that time we've barely had a cross word. Though that's probably because instead of getting stressed about whether the FTSE or the Dow Jones Index is going up or down, we've wrestled with far more important issues. Over the years these have included: 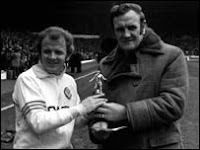 What was the tog rating on Don Revie's coat?

Can Paul McCartney really peel an orange in his back pocket? 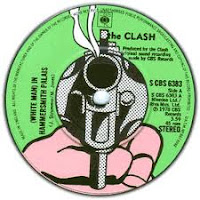 Has there ever been a better single released since White Man In Hammersmith Palais?

What would Dad's Army have been like if Jon Pertwee had accepted the Captain Mainwaring gig?

If you put a humidifier and a dehumidifier in the same room, who would win?

What are the pros and cons of Time Travel?

But, time and again, the burning question we return to is: just how big was Thunderbird 2? As kids we can both remember seeing cutaway drawings and blueprints in comics and magazines, but, if they were accurate, it would have to be as big as a farmer's field. Maybe it was. Well, it had to carry a pod which housed The Mole: and we all know how big The Mole is. Don't we?

I know we could cheat and look it up online. But, like most search engines, Google has killed the heated debate with a single bullet. So no, we won't look. Hell, next thing you know we'd be on Google Earth trying to find Tracy Island.