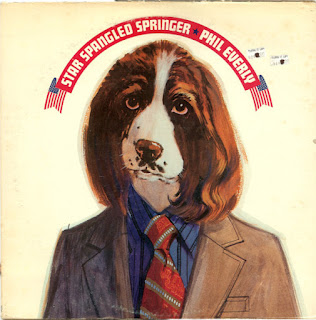 The Air That I Breathe is one of those songs that every songwriter wishes had fallen into their lap. Albert Hammond and Mike Hazelwood, however, did write it back in 1971 and Hammond dutifully put it on his 1972 album It Never Rains in Southern California; he never released it as as a single and it's really not hard to see why. Hammond never did it justice and the song languished at the wrong end of Side 2. Until it was picked up the following year by Phil Everly who gave it such a makeover that when the Hollies found it they basically followed Everly's dots and in 1974, complete with a rather lush Alan Parsons arrangement, turned it into the multi-million selling gold disc we know today. And, as you can see from my screengrab below, their second most streamed song on Spotify with a staggering 112 million plays.

Anyway, forget Albert Hammond and the Hollies. Instead, wrap yer ears around Phil's beautiful take on this absolute classic. 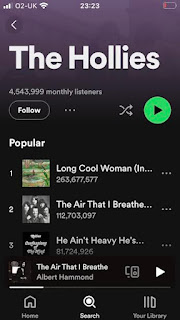