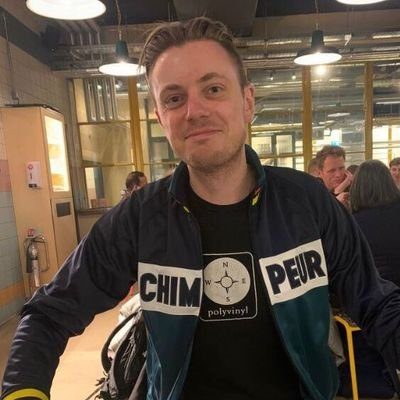 James is an avid cyclist. Unlike his father; I live at the top of a hill so every journey I'd have to make would involve some serious uphill pedalling on the homeward leg. (I'm not as young as I used to be!) And then there's the traffic. Where James lives there are some pretty cool cycle paths and then there's the dedicated cycle lanes in the city centre. Unless, of course, some cretin in a car decides to park in it. I'll let James describe what happened to him on Wednesday morning cycling to work...

I cycle this road every day but got caught out this morning. The driver parked in the bike lane pulls out without indicating, all the while obstructing the cycle lane divider from my view (which I forgot was there). When I finally see it, it's too late for me 😖@Chris_Boardman pic.twitter.com/HmDJfFLUPY

The footage was caught on dashcam by the driver following James. He pulled over to make sure my son was alright*. Thank you, whoever you are.