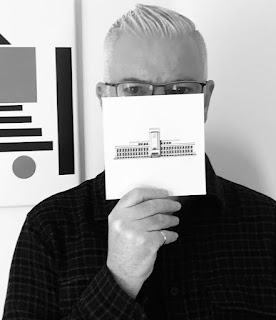 When art and architecture collide - today's 500 words are brought to you in association with Nick Coupland and Thomas Cecil Howitt.

Nick is a contemporary artist working in pen & ink and specialises in post modern architecture; often concrete; often brutal. I've been a fan of his work for a long time and, a couple of Christmases ago I gifted my daughter-in-law (hugely into architecture) a signed copy of his beautiful book - Modernist Lines, Brutalist Shapes - which had a number of his drawings of English (many in Hull and Manchester), European, Asian and American buildings & structures; from Preston Bus Station to the Nakogin Capsule Tower in Tokyo.

Nick's work is nothing short of amazing. His attention to detail is forensic. How he can replicate the smallest of windows, the most ornate corbel, in such microscopic detail is amazing. And also a little bit scary; he must go to the same optician as Superman. He recently posted on Twitter that for the modest sum of £20 (including postage) he would draw any building of your choice on a  6'' x 6'' card, so you could own a true Nick Coupland original. I didn't need to think twice: for the last couple of years I have photographed the former Home Brewery Building in Daybrook, Nottingham countless times*. From every angle. In all weathers. Day. And night. Like my bloody tree, it's become an obsession. 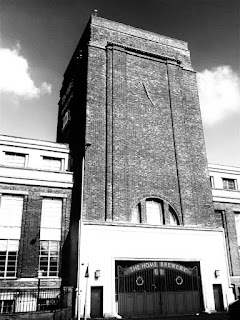 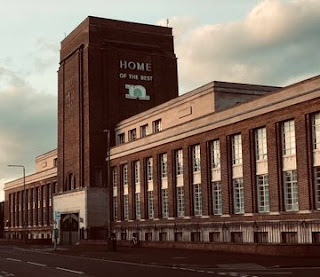 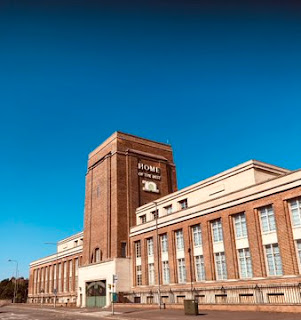 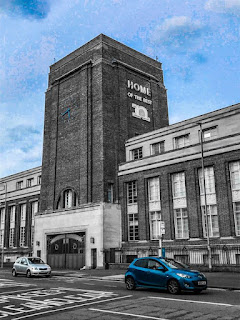 So I asked Nick if he could work his magic on this beautiful building dating back to 1938 and designed by acclaimed local architect Thomas Cecil Howitt. (An architectural practice bearing his name still operates in the city to this day.) He could and he did. It landed on the doormat yesterday. To say I'm chuffed would be an understatement. I absolutely love it.

Please do check out both the artist from Hull and the architect from Nottingham (links at the top of the page). Who knows, you might want to ask Nick to draw a building designed by a renowned architect from your area. Or your house. Or even your local pub. Speaking of which:

* I won't lie to you. There's a good reason I photograph this building more than any other: it's directly opposite my favourite pub - The Abdication - which I'm sure I've mentioned once or twice round here before. Cheers! 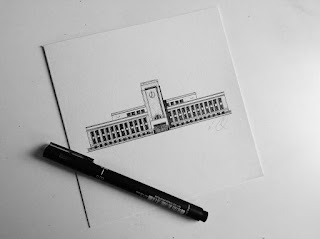