See the tree how big it's grown 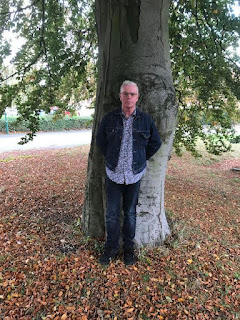 It seems like a lifetime ago now, but, as regular readers will know, during those grim days of Lockdown I started taking photographs of the beech tree that lives outside my front door and posting them on Twitter; egged on by my son James who said I should photograph it every day for a year, I ended up doing precisely that. It was all done very much on the hoof so there was no fixed point where a tripod would stand (it was all hand held from, roughly, the same position) and no fixed time of day when I pressed the shutter (most of the shots are mid-morning, but a couple were taken ad hoc to capture a particular light - or the time that it snowed).

So 365 images (give or take) were deposited one by one into a digital folder whereupon I gave them to James and asked him to 'put them together'. Which, to his eternal credit, he's done. He's also scored it which makes the whole thing pretty unique. Here's the first cut.

Remember the beech tree I photographed every day for a year during lockdown?https://t.co/R6HoAJL06n