Put another dime in the jukebox 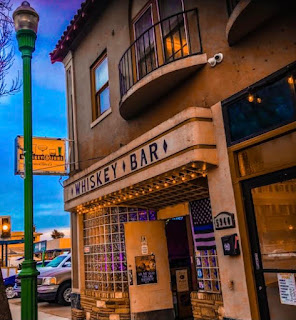 It probably won't surprise you that I frequented one or two watering holes on my recent trek across America's Midwest. Finding dive bars where tourists don't frequent was easy peasy as the kind of places we went to (not counting Chicago or Los Angeles) were populated almost entirely by locals if not indigenous people.
Dive bars always have a bar the length of an aircraft hangar with stools housing firmly planted buttocks that aren't going anywhere anytime soon. Yes they sell Bud and yes they sell Miller, but now, thanks to something of an American craft beer renaissance, they also sell some killer IPAs - or APAs, depending on how you define the origin of your ales. Dive bars also have at least one pool table - some will have pinball machines - and they all have a jukebox. 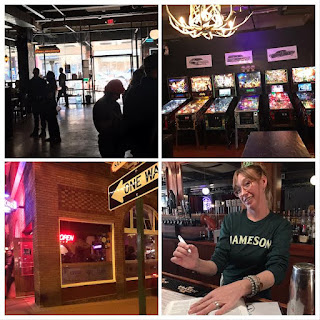 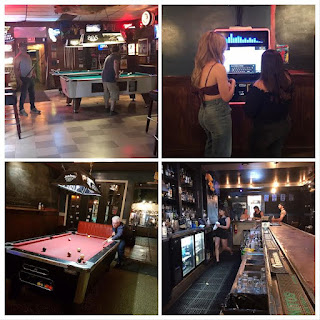 Perched on a stool at Whiskey & June's in downtown Atascadero and I'm chugging a rather tasty strawberry blonde from the Barrel House Brewery (based in Paso Robles, CA I subsequently found out) and next up on the record machine I hear some quintessential Johnny Cash come bursting out of the speakers. No need to turn it up, it's already loud. Struggling to work out which album it's from - Unchained? American Man IV? (I really can't place it) I walk over to the back wall and peer thru the glass at the 'now playing' icon. 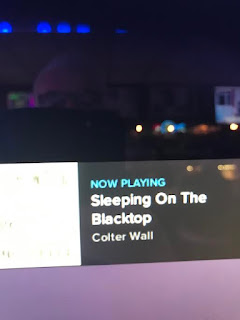 Oops. Not Cash at all - but sounding more like the man in black than the man in black himself - I quickly grabbed some more dollar bills and put it on again. And again. I hope you like it as much as I did. (If so, next time you see it on a pub jukebox, feel free to play it three times back to back.)
Colter Wall - Sleeping on the Blacktop (2015)
Posted by John Medd on Monday, April 11, 2022
Labels: Atascadero, california, Colter Wall, Johnny Cash, Whiskey & June