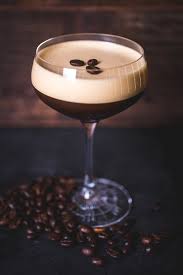 I've just finished watching Lilyhammer - to borrow a phrase from Charlie Brooker's Death to 2020 I binged the shit out of it. Accepting Steven Van Zandt as anyone other than Silvio Dante for me was always gonna be a big ask, though I guess Springsteen fans had to make their own leap of faith when they saw the former E Street Band guitarist transmogrify into a Jersey mobster the first time around; The Sopranos has got a lot to answer for.

Anyhoo, I thought it was terrific. Imagine Fargo meets Goodfellas and you won't be far off the mark. The soundtrack was none too shabby either. While I'm here I may as well confess that until a few days ago I've never heard anything by Van Zandt. However, this instrumental featured in the show (though I can't off the top of my head remember in what context) and it's really rather nice.

And here he is without his syrup. But with a rather tasty house band. I watched an interview he did for another talkshow this afternoon and I've got to say what a thoroughly nice fella Mr. Van Zandt is.