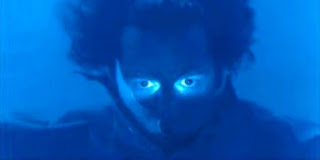 Anyone who remembers Chris Morris' quite brilliant Blue Jam that went out on Radio 1(1997-99) in the wee small hours will, I guess, in their minds, still link the dark downbeat comedy sketches with the equally downbeat ambient grooves that in the late 90s made for such perfect post-party bedfellows.

If you listened to this at three in the morning coming down from whatever sort of night you were coming down from then it all made perfect sense; not that it doesn't now. In fact it probably chimes more now than it ever did. Fucking Noddy?