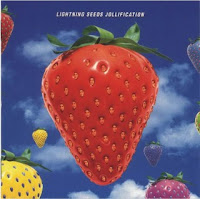 A whole month of World Cup action recently came and went and I managed to keep this sleepy digital backwater a football free zone for the duration. Likewise today, on what is Ian Broudie's 60th birthday, I'll try not to mention that song; you know which one I mean. 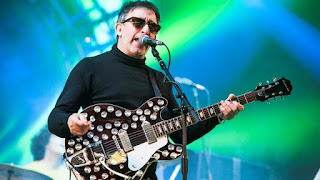 Ian Broudie has written some cracking songs over the last thirty years or so. His band the Lightning Seeds was really nothing more than a vehicle to take the songs he'd written on the road and play them live. Like a lot of musicians he's much more at home in a studio working by himself, writing, recording, refining. The Lightning Seeds was just a name above the door. When he recorded the tracks for what would become Jollification, apart from some additional vocals by Alison Moyet and Terry Hall, Broudie played every note of music himself and, of course, produced it. Quite literally a one man band.

Jollification came out slap bang in the middle of the Britpop boom and could be seen and heard rubbing shoulders with the likes of Oasis, Blur, Dodgy (who he also produced), Ocean Colour Scene et al. The fact that it spawned four hugely successful singles should not have come as a surprise to anyone. Except, maybe, the slightly morose, slightly awkward scouser who wrote them all.

This one has, for a number of reasons, become something of an ear-worm just lately. Lucky You may not have set the charts alight, but nearly 25 years later it's till ringing in my ears; lucky me.